An experience to remember.

In Ajmer my first stop is Khwaja Moinuddin Chisti’s Dargah, popularly known as Dargah Sharif and is one of the places to visit in Ajmer. I have read all along right through school to now that the people of all religions hold the Sufi saint in high esteem. Being a day dreamer, I actually look forward to the place with a Sufi song “Khwaja mere Khwaja, dil mein sama ja” playing in the back of my mind ! 🙂

Qawwali, the famous Sufi singing, is a common sight here.

It being at a walking distance from the station, I walk through small lanes full of shops and reach a place where it joins a larger road and on one end is the huge gate of Dargah. 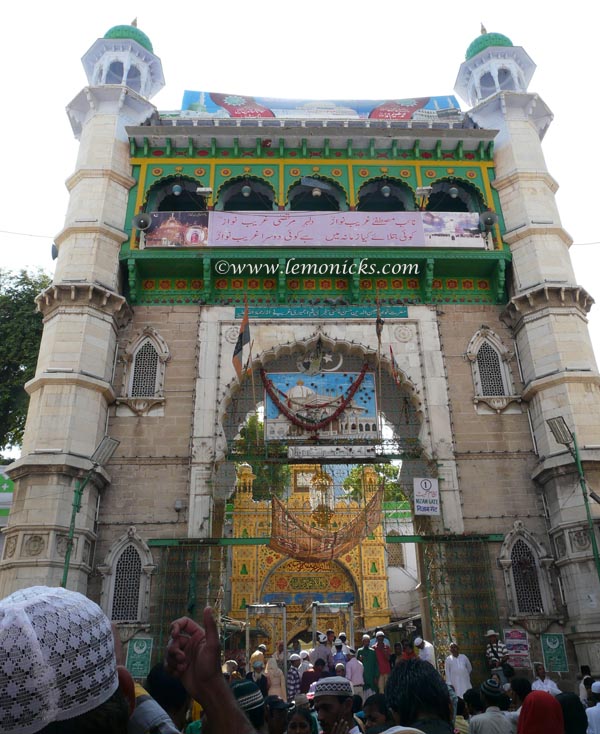 People and noise, just two things in front of the entrance. Almost all are carrying trays of flowers and Chadars to offer at the Dargah and want to take their pictures clicked with the tray of offerings.

Footwear, cameras and bags are not allowed inside the Dargah for security reasons. There are rows of shops selling flowers and chadars, each beckoning me to keep my stuff with them. I know that in return I would have to buy something from them but I feel my stuff would be safe. I select a shop and do the needful. 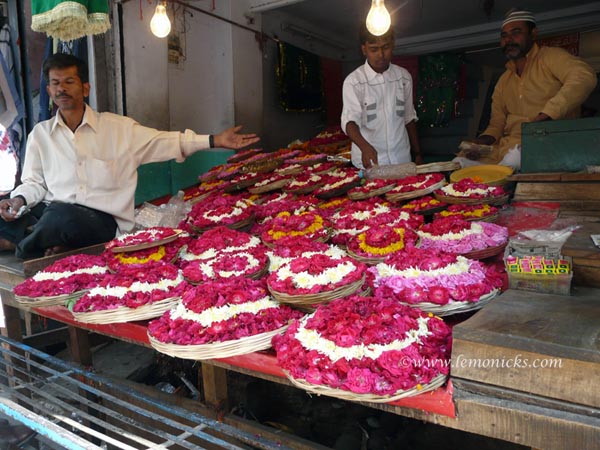 While going towards the gate, I keep wondering if it is like this every day or is something special today. Being on the road for several days now, I do not know which day is today. Then I begin to understand as I overhear a couple of friends hugging and greeting with Eid Mubarak.

Am I not lucky to have chosen this very day to visit the shrine ?

There are lot of shops and buildings within the premises. It also has two very big cauldrons for donations.
Then I see a sight and almost faint. There is a small door to the room in which Khwaja’s remains are enshrined. People have to enter and exit from the same doorway. I am not sure if I would make it through.

Though there is a queue, it becomes an utter chaos much before it reaches the door. After all, your tour to India is not complete without visiting this shrine in Ajmer. With tray on my head I join one of the “queues”, all along being pushed & shoved forward, reminds me of local trains in my city Mumbai.

Washing area with marble stools fixed to the floor to perform Wuzu.

I pass on my tray to the priest. He does exactly what he has been doing all day long…. throwing it on the shrine. I am not sure I like what I saw. I see a lot of people returning and exiting immediately from the same doorway. This I believe, is one of the reasons for the chaos. There is a separate exit for devotees to go thru, but the sheer crowd makes all systems useless.

A good crowd management will make the experience of the millions of devotees more comfortable.
There are a lot of people scattered and sitting on the floor, many of them taking pictures with their mobile. They seem to say, “Cameras are not allowed, you did not say mobile is not allowed”.
The representatives of the trust also let these mobile shutterbugs have a field day. After a bit of hesitation I too whip out my own and click some shots. 🙂

People rest after offering the prayers in the shrine.

P.S.- Don’t you think my mobile phone camera is awesome? 🙂

Tags:spiritualTemple
previousNew challenges of travel
nextPeaks and Valleys of Delhi 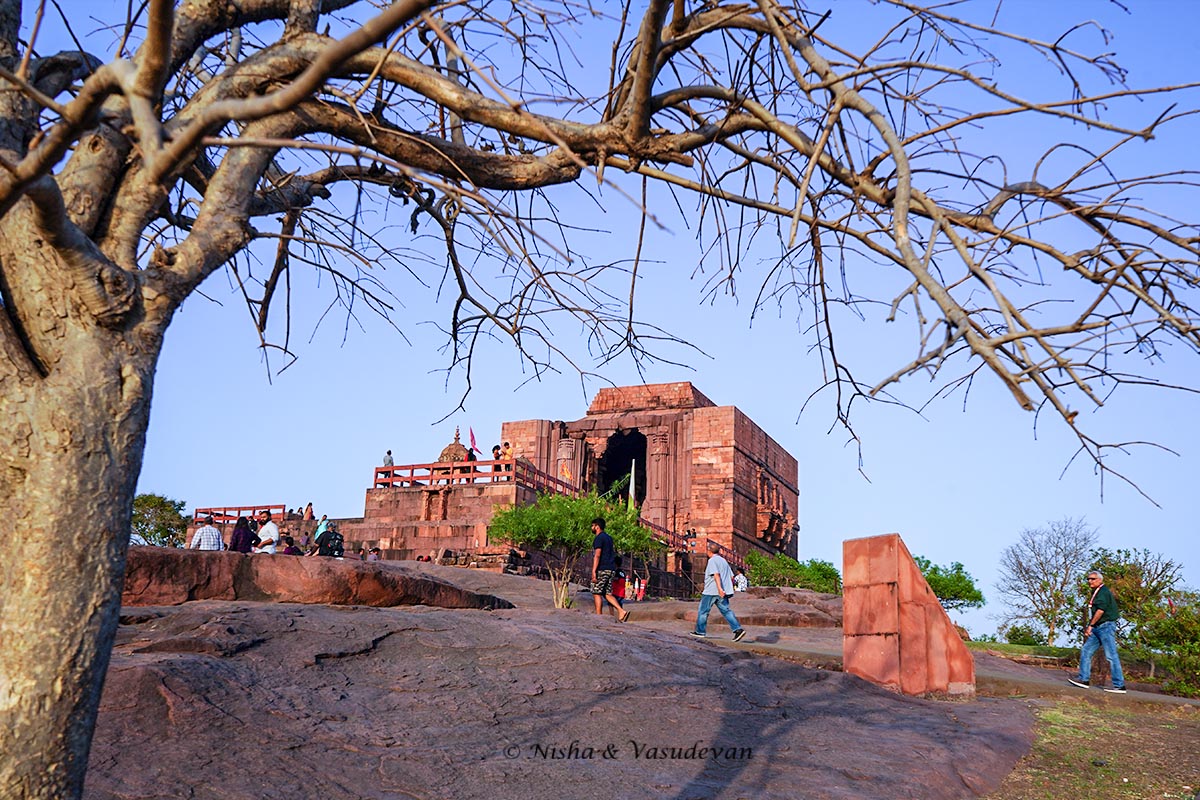 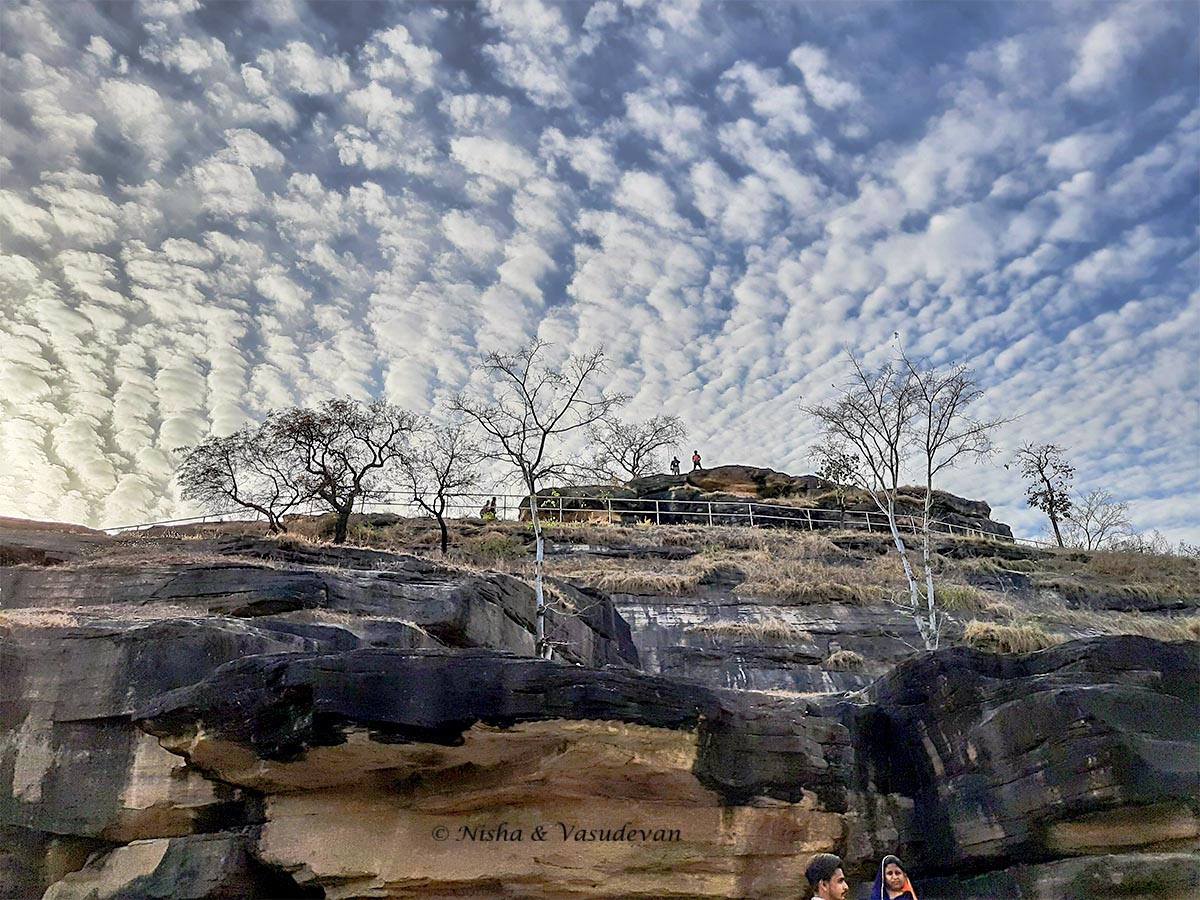