Tajul Masajid, the biggest mosque in India, that took over 100 years to build

The 5th Mughal emperor, Shah Jahan, alias Mohammed Khurram, moved his capital from Agra to Shahjahanabad (the current day Old Delhi and Red fort). To tell the world that he had arrived, he built the largest mosque in India, of that time called Masjid e Jahan Numa, the actual name for the famous Jama Masjid in Delhi and dedicated it to its people. It continued to be the biggest mosque in India for over 300 years till the time Taj-ul-Masajid (or Tajul Masajid) in Bhopal claimed that spot in the early 1970s. So presenting to you the amazing Taj-ul-Masajid the largest mosque in India. Oh ! Wait a minute. The name of the person who built it was Shah Jahan Begum, a lady Nawab! What an extraordinary coincidence!

Nawab Begums of the princely state of Bhopal

In the early 18th century CE, Bhopal was not much of a city, let alone the capital of a kingdom or a state. Even during Raja Bhoja time, Dhar was the capital, not Bhopal. The Bhopal state was founded by Dost Muhammed Khan, a Pasthun mercenary (his story is quite interesting too) in 1720 and was the first Nawab of Bhopal. Fast forward 100 years, when a history of sorts was written. From 1818 to 1926, over 100 years, Bhopal was ruled by women of the dynasty and were called Nawab Begum. The first one was Nawab Qudsia Begum.

In 1844, at the age of 6 (yes….six), Sultan Nawab Shah Jahan Begum took over the reigns. However, in the first stint of 16 years her mother was making all the decisions and even afterwards for some years, because the British recognized her mother as the Nawab Begum. However, Shah Jahan Begum was already being groomed for the position of Nawab from a young age. In her second stint after her mother’s death, Shah Jahan Begum became the Nawab Begum at the age of 30, ruled for 33 years and probably this was the beginning of a golden period for Bhopal. I rather think that, intelligent as she was, she must have planned the Taj-ul-Masajid mosque as the biggest mosque in India even when her mother Sikandar Begum I was the ruler from 1860 to 1868.

A quick clarification. I have seen many people call it or write it as Taj-Ul-Masjid. It is Taj-Ul-Masajid. Masajid(mosques) here is the plural of masjid (mosque). So the name of this mosque translates to ‘Crown among the mosques’.

She initiated building of Taj ul masajid in the year 1887. There were grand plans which we will talk about later. However, she could not complete it in her lifetime. Her daughter, Sultan Jahan I, the next nawab also tried to continue the construction work but could not and work stopped completely in the early 20th century. It was in cold storage when India became independent and the Bhopal Princely state was merged with the Republic of India. Most important reasons were the political climate and of course money.

The three white domes contrasted aesthetically with the red sandstone of the Mosque complex. As per the plan the entire prayer hall floor was supposed to be covered with crystal glass tiles. Orders had already been placed. Money to the tune of 700,000 Old Rupees had been spent, samples had been acquired. Then came the bomb shell. The Islamic clerics pointed out that while praying the devotee is not allowed to see his own image. Hence the plan was shelved. One can only imagine how magnificent it might have looked. The two beautiful minarets were quite tall and seemed to frame the prayer hall on the western side.

Eventually in 1971, the local muslim organizations, resumed construction of this huge mosque and completed it in 1985. I am sure it merits a place in the Guinness Book of World records as slowest construction.

Taj-ul-Masajid the largest mosque in India

All my life I had heard that Jama Masjid in Delhi was the largest mosque in India. I shamelessly accept that I had not even heard of Taj ul Masajid.
The mosque complex has a huge open area which I traversed to reach the main mosque. I entered the mosque via the South entrance and was greeted by a courtyard, the size of a football field. Oh boy! This was big!

Even the three domed structure of the prayer area looked quite similar, so much so, I thought somehow I had been transported to Delhi. Once the initial excitement settled, I realized that, while the overall design might have been inspired by Jama Masjid and Badshahi Masjid in Lahore, it was in a league of its own. The reflections of the masjid in the square pond in the centre of the courtyard, only accentuated its beauty.

When I entered the main prayer hall, it was quite full of people. Those, in blue and white, seated on the carpet were, of course the students. I could hear the teachers’ reverberating voice talking about the way of life. The prayer hall is a huge 1400 SQM with 70 pillars holding the 27 ceiling sections and supporting the 3 huge bulbous domes. Guide mentioned that the domes were more than a metre thick! The carved arches, roofs, wall niches and also the mehraab (mihrab) looked marvelous.

I had never seen a metal jali-work better than those found here. The North entrance led us to a balcony overlooking a small lake, with a clear view of the Taj Mahal Palace, also built by Shah Jahan Begum, as her own residence.

Taj-ul-Masajid, the largest mosque in India, should be definitely on your list of things-to-do on your visit to Bhopal.

Measurements of Taj-ul-Masajid the largest mosque in India

Darul Uloom Tajul Masajid, the religious school or Madrasa, is also part of this mosque complex. This place of higher religious learning was inaugurated in 1950, even while Taj-ul-masajid mosque was in an unfinished state.

As per our guide, Mr. Jamal Ayub (a journalist by profession), apart from religion, the 500+ students learn Arabic, Hindi, English, Maths,and other modern subjects at Darul Uloom Taj-Ul-Masajid.

There is also a 4 year college level degree course equivalent to a BA degree. There are also hostel rooms in the premises along the three walls of the mosque.

Just outside the main mosque but inside the mosque complex is a library and a small museum. It is named after Sulaiman Nadwi, who was instrumental in starting a madrasa here. Almost 20,000 books are on 28 subjects. There is enough space for students to study. One had to maintain silence as there were a few students studying.

What was interesting was that there were a few Crystal Glass floor tiles. Samples of the floor that might have been. I tried to lift one and it was super heavy. The designs were quite islamic and I am sure it would have made an immense contribution to the beauty of the mosque.

Second interesting item was a Crystal glass book stand for reading the Quran. I have never seen anything like it before. However, I do feel, it could have been cleaned up a bit and displayed more aesthetically.

Third and the show stopper was the palm sized Quran, purported to have been written by Emperor Aurangazeb. All the pages had gold embossed on them. The fourth was a very old copy of Quran, believed to be used by Aurangazeb.

Other Things to do in Bhopal

Bhojtal or the Upper lake – Large lake with boating facilities

Useful Information and FAQ about Taj-ul-Masajid

Nawab Shah Jahan was a visionary and laid a lot of importance on education for all including women, which in India (and most of the world) was literally unheard of. She was instrumental in starting the women’s college in Aligarh Muslim University.

Taj Mahal – the Crown Palace was built with one side facing the Taj-ul-Masajid which was across a small lake. The idea perhaps, was to be able to view the masjid first thing in the morning after getting up. Another coincidence. The original Taj Mahal in Agra was built by her namesake Shah Jahan.

Taj-ul-Masajid is also spelt as Tajul Masajid and wrongly Tajul Masjid or Taj ul Masjid! Basically one should call it Tajul Masajid masjid.

How to reach Bhopal

By Air: Bhopal airport is well connected with other parts of India.

By Air: Bhopal airport is well connected with other parts of India.

By Train: Bhopal Train station is one of the most important stations on the North-South line and well connected.

By Road:  Bhopal is well connected to all parts of India by road. Distance to Bhopal from some major cities of Madhya Pradesh

Would you like us to plan a multi-days customized itinerary in this region? We would be happy to do it for you.
Please contact us at [email protected]

Bhopal is a 365 days destination. Summers will feel hotter when you walk in the courtyard or on top of the walls. If you consider the weather then Winter and Spring are undeniably the best time to visit Bhopal.

Resorts and Hotels in Bhopal

Other Articles on Madhya Pradesh

If you want to travel places with us, we invite you to join our feed or Facebook travel page.

P.S.- This article, Complete Guide to the Amazing Taj-ul-Masajid, the Largest Mosque in India belongs to Le Monde, the Poetic Travels, an Indian Travel Blog, published by the traveling couple, Nisha & Vasudevan. Reproduction without explicit permission is prohibited. If you are viewing this on another website other than the RSS feed reader or www.lemonicks.com itself, then that website is guilty of stealing our content. Kindly do us a favour by letting us know via Contact Us. Thank you.

Disclaimer: Our trip was in collaboration with Times Passion Trail and Madhya Pradesh Tourism. The opinions, as always, are our own.

4 thoughts on “Complete Guide to Taj-ul-Masajid, the Largest Mosque” 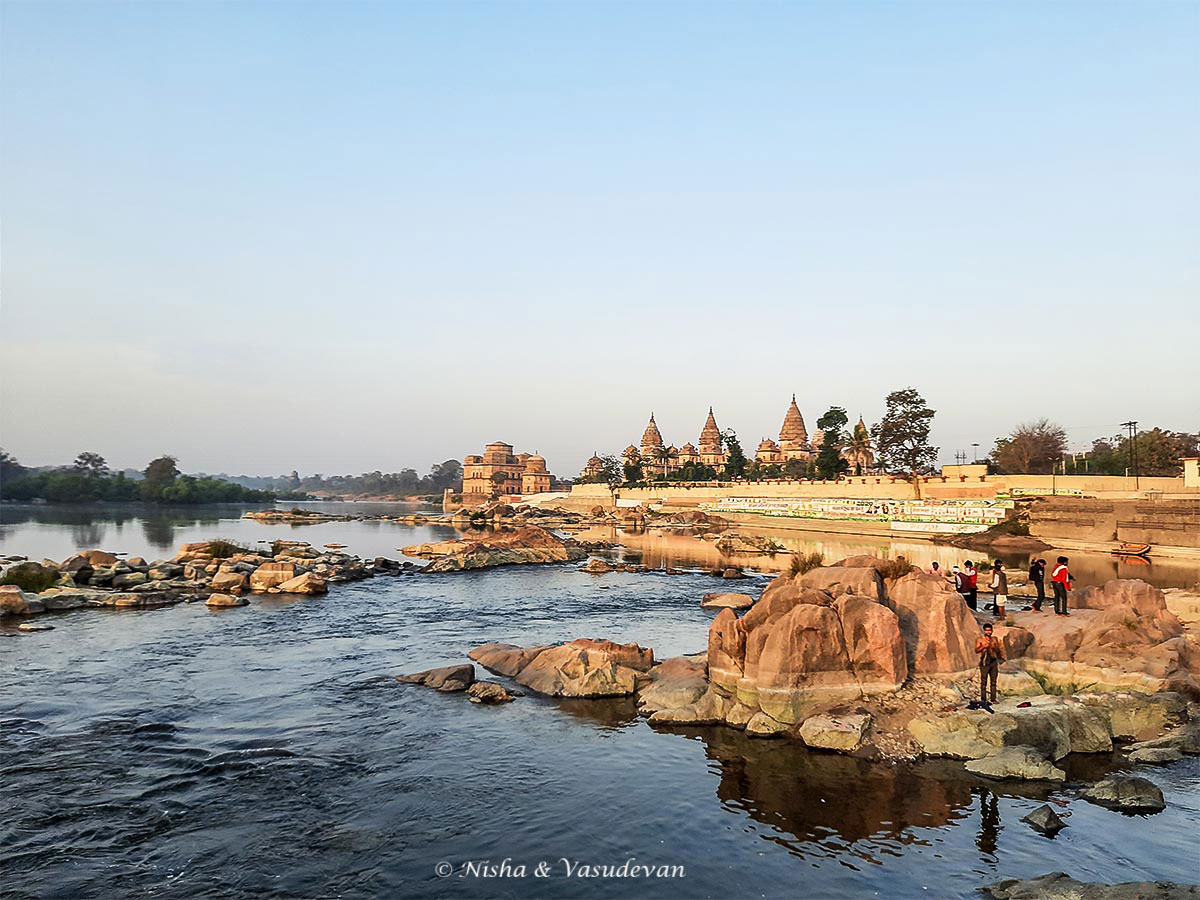 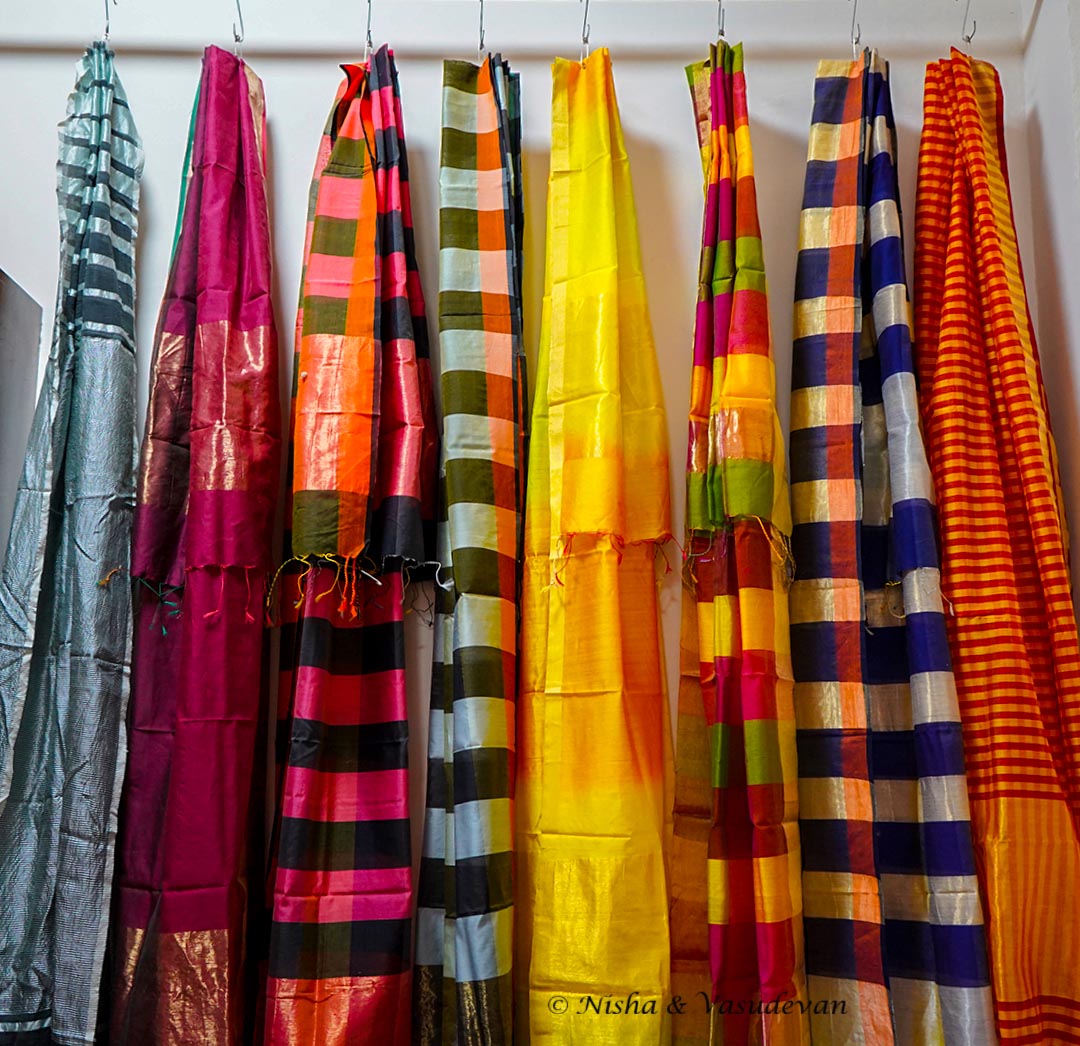 Top Things to do in Chanderi

Read More »Top Things to do in Chanderi