At Banjhankari waterfall, we walked towards the waterfall, but to different points.

I went to a canopy which hosted some human sculptures. It was about Jhankari tribes’s healing ritual of a sick person. That was the first time I had heard about this tribe. 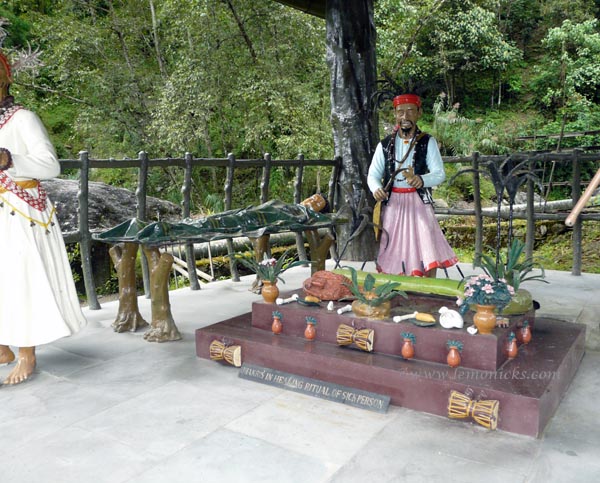 While taking pictures, I saw a Bengali family coming there and the father explaining the story of Jhankari tribes to his young daughter. The conversation was intriguing enough for me to listen to it intently and ask some more information.

In return they wanted me to click their family picture. I was more than happy to do that. 🙂

And the following is the gist of my knowledge of the tribe Jhankari.

Ban (forest), Jhankari (hunter) which means Shaman of the Forest. The origin of Jhankari traces back to Nepal.
The Jhankaris are traditional healers or witch doctors who use herbal medicines and perform certain rituals to heal sick people. In ancient days when there were no medical facilities, the sick people used to be taken to the jhankaris to get cured.

Later when I asked a local, I was told that this practice is still popular in some remote area of Nepal. How true is this information I have no idea.

Jhankari is believed to be the first Shaman who was taught the knowledge of mastering the spirits by God himself with a promise to teach and pass the technique to the human beings for their welfare. Since then, BanJhankri have been teaching techniques to selected people. 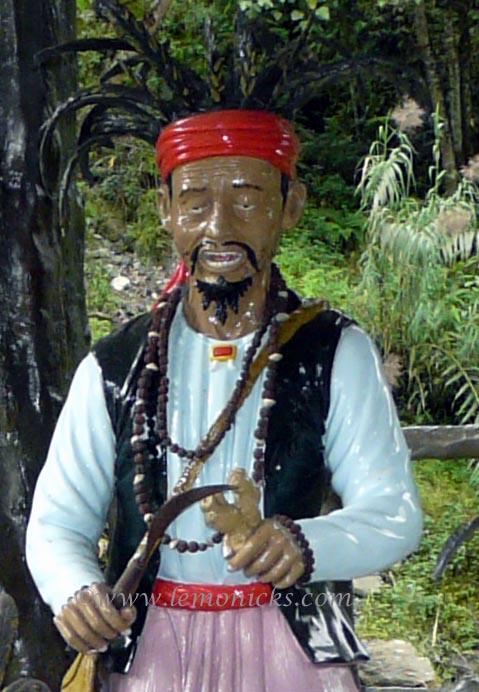 Jhankari or Shaman are known to use ginger for divination. They have the knowledge of the patient’s intent and what may have caused the imbalance within. Then Shaman enters a trance and connects and converses with animal spirits, plants and mineral spirit who offer their assistance and whatever knowledge is needed to use in healing. Sometimes he transforms into the animals he encounters. This is known as shape shifting. Dressing in skins or feathers of an ally promotes psychic connection. Shakti is the spiritual energy that the Shaman taps into. 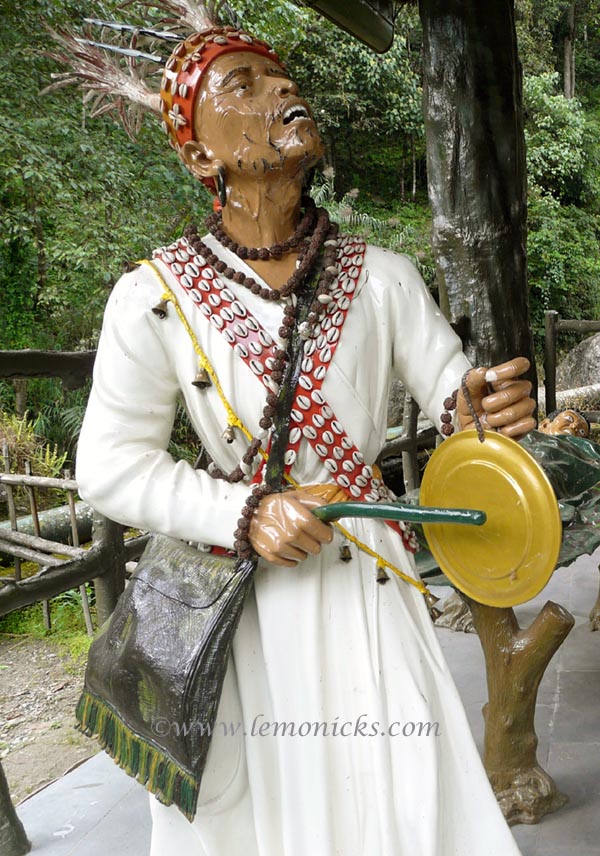 Getting into a trance.

Shamanism is not religious specific and can fit into any belief system. Shamans respect and honor nature with their behavior but do not worship it. 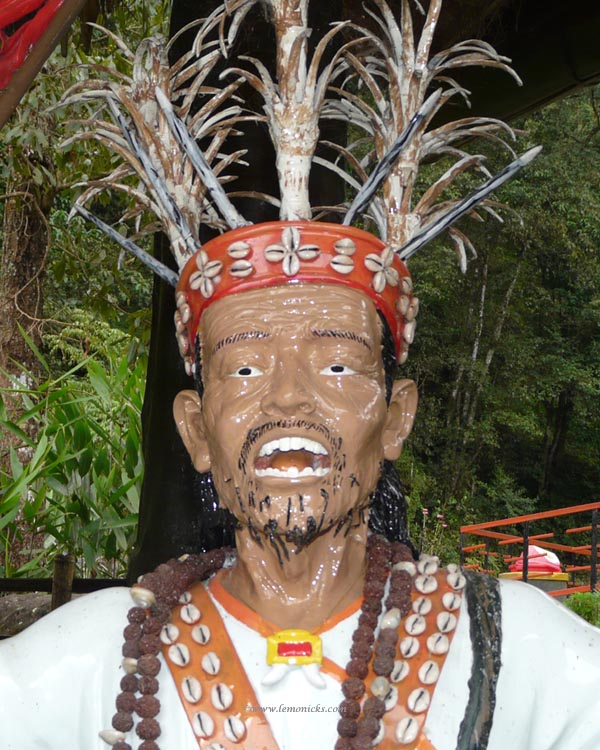 The main duty of a shaman is to perform healings, which is mainly done through melodious shaman songs which are among the most powerful of their techniques. The healing energy is transferred through these songs which, it is said, are once in a life time piece, and are never repeated, and never forgotten.

5 thoughts on “Jhankari tribe of Sikkim” 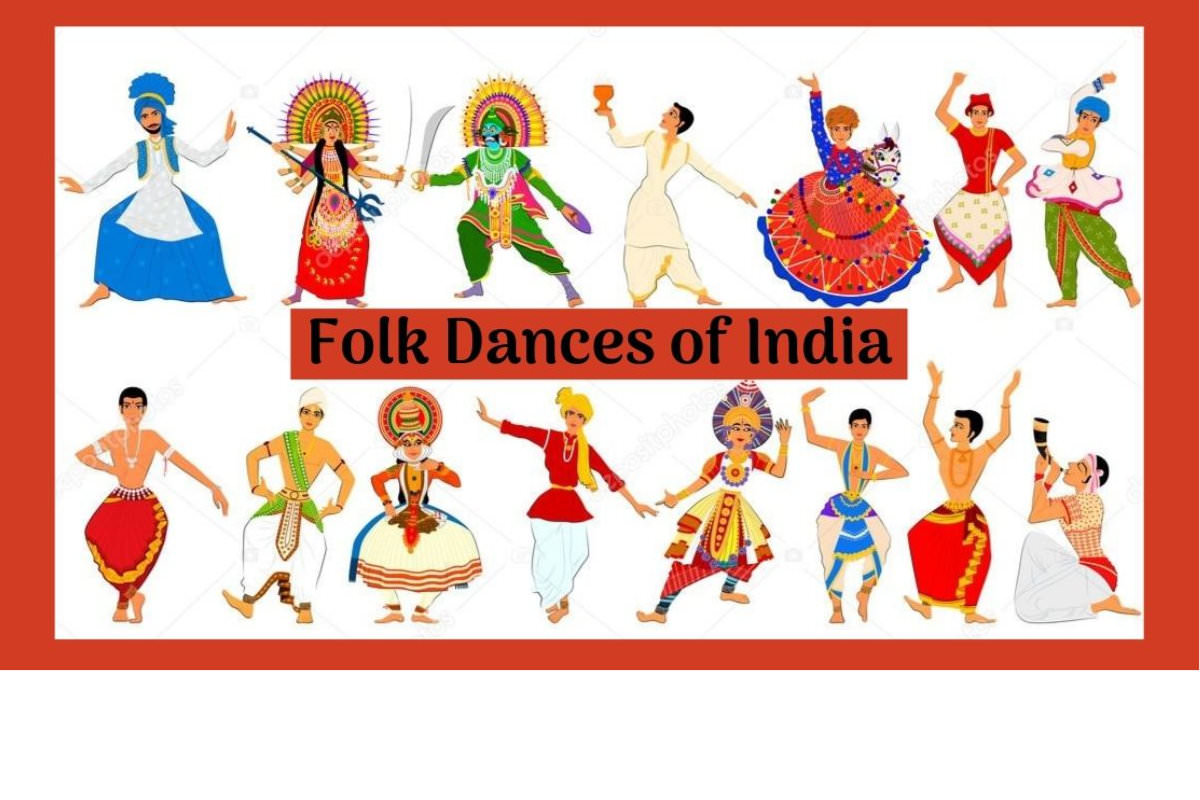 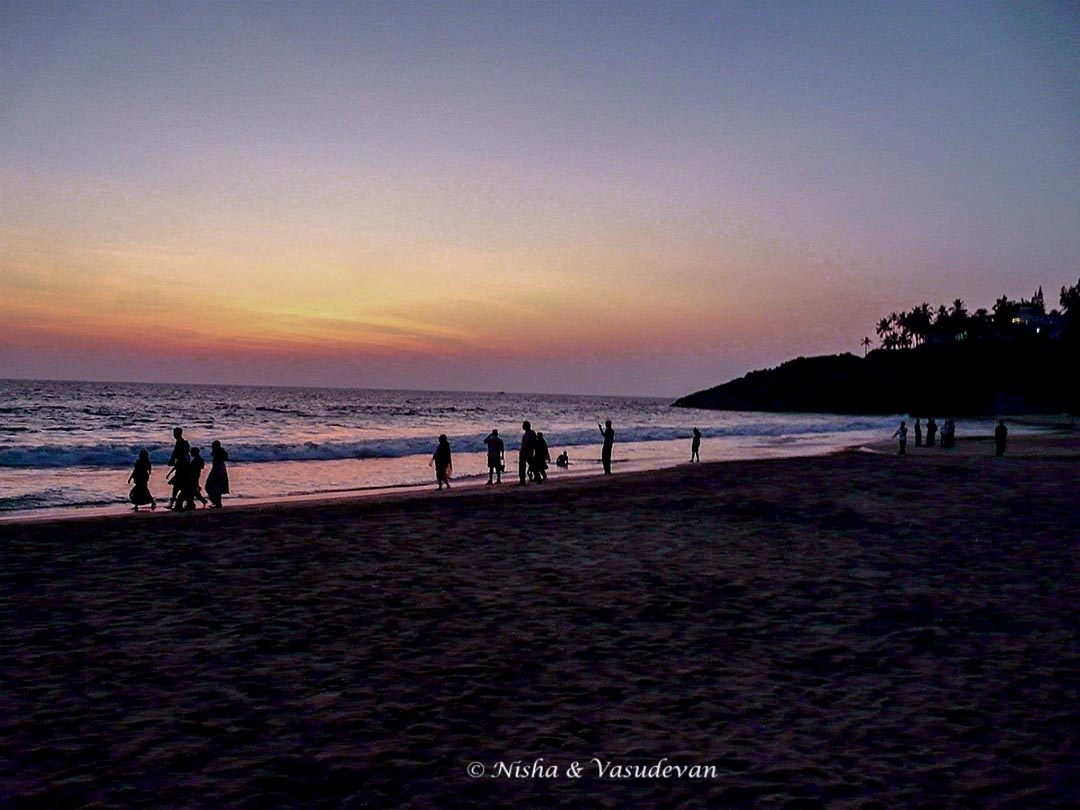