It was late afternoon by the time we reached this small town of Tiberias situated on the western coast of the Sea of Galilee, in a region called Lower Galilee in Israel. Well the Sea is not really a sea but a lake. The sky was clear and sunny. Town maybe small but it has a huge relevance to the 3 major mono-theistic religions of the world. 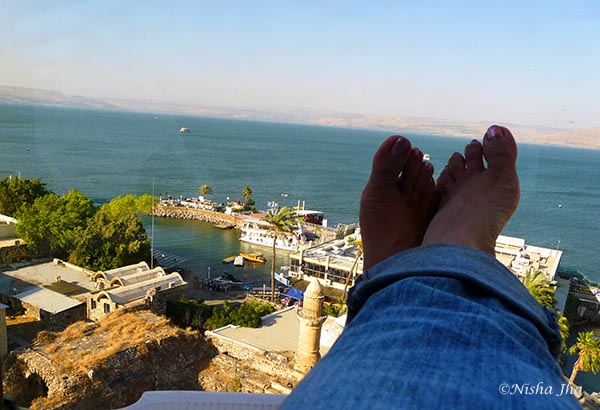 After a small welcome drink and dumping our stuff in the room over looking the cool blue lake. We spent a few minutes savoring the fantastic view for a few minutes. As our dear friend and guide was too tired to show us around we went out to explore on our own, with a promise to meet him for dinner.

The Lake Tiberias (Biblical name Sea of Galilee and Hebrew name Kinneret), although small, is very serene and beautiful. This is the region where Jesus is believed to have performed several miracles. This is also Israel’s largest fresh water lake, fed by the Jordan River measuring over 50 Square KM, makes it the most important source of potable water for Israel. 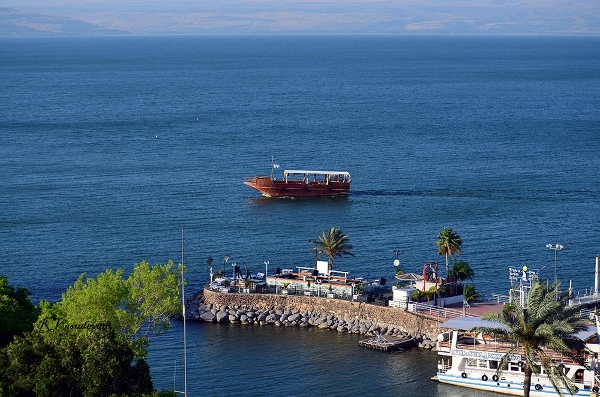 We were actually at around 200 M below the sea level. This is second lowest lake after the Dead Sea and the lowest fresh water lake in the world! We could see a stark difference between the green and fertile landscape here than the desert like topology in most other places. I wondered how in a desert could be a lake this blue and full of life. 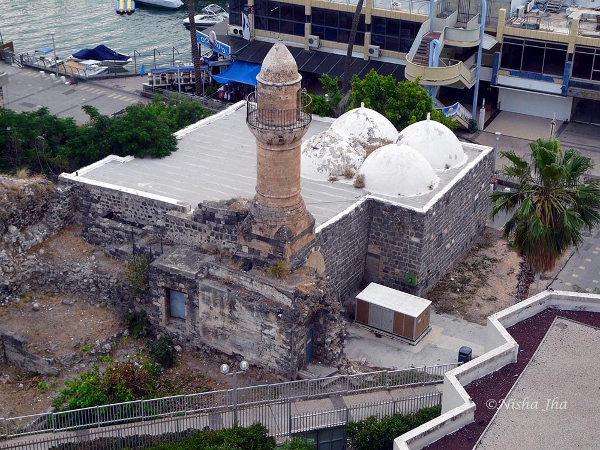 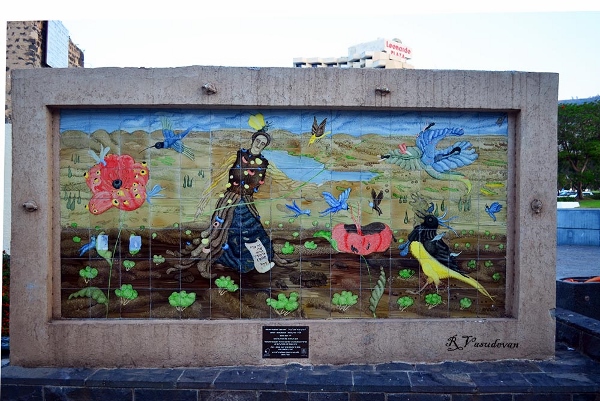 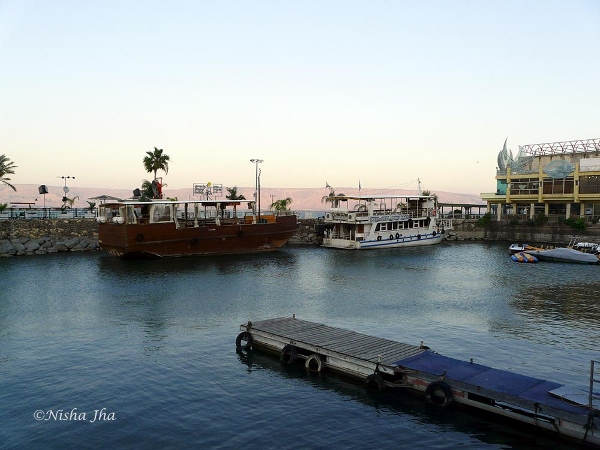 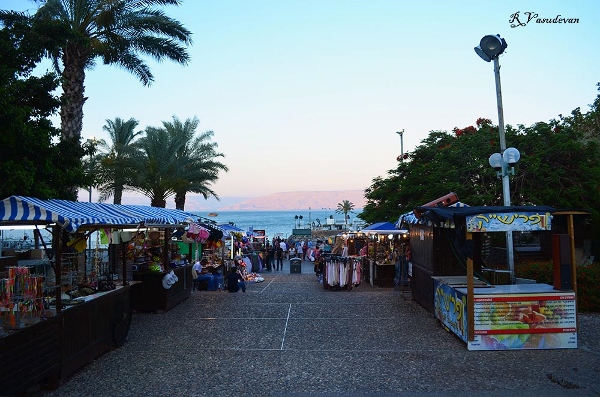 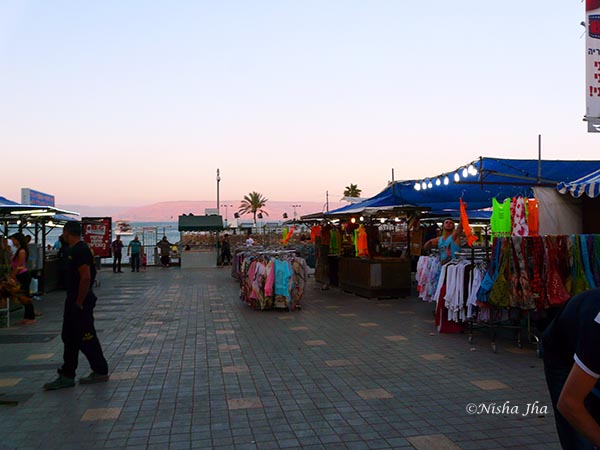 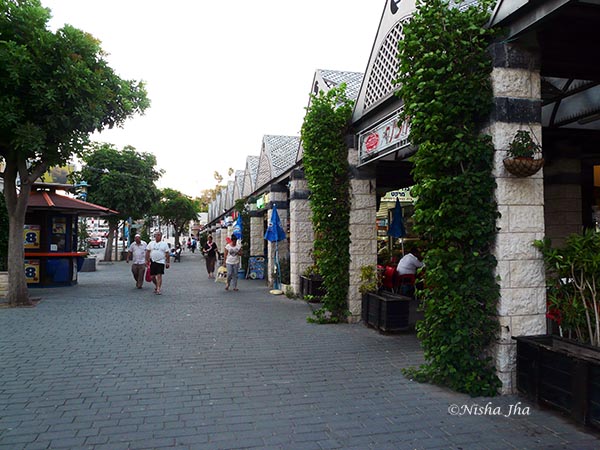 Tiberias is one of the 4 most important religious sites for Judaism and it represents the element Water. (Jerusalem depicts fire, Safed – Air and Hebron – Earth). Several Synagogues, Churches and Mosques have been painstakingly preserved and the waterfront has a promenade. One could sit at the lakeside and watch the beautiful lake for hours. We are told that most of the development has taken place here after the 6-day war. Also we were given to understand that a huge Roman theater has been unearthed (literally) under the Tiberias hills. Hope to visit it next time, sometime! 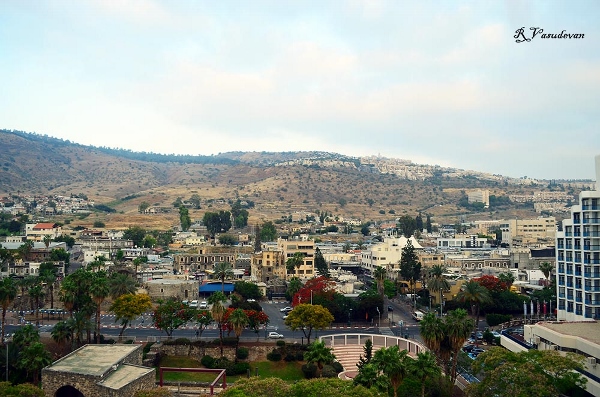 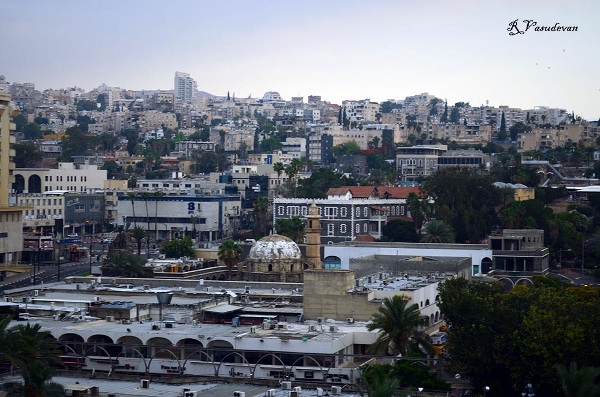 Tiberias, which gets its name from the Roman Emperor Tiberius in the first century AD, has now become a major attraction for tourists and pilgrims alike including Israelis. An added attraction for those who may like, are the several nature trails on the hills surrounding the lake. Not too far from Yardenit Baptismal site, tourism is perhaps the major revenue earner for Tiberias. For those inclined there are hot springs, ruins of ancient temples and some newer churches to visit. 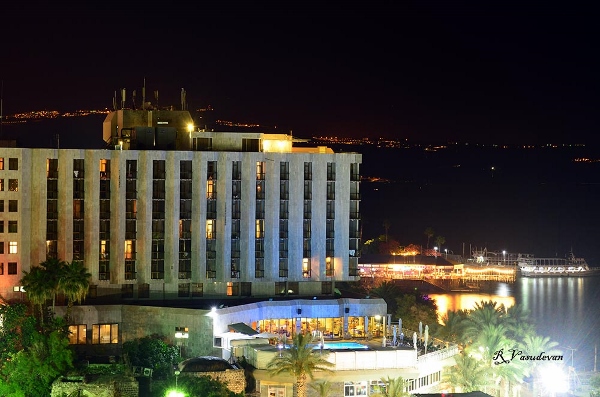 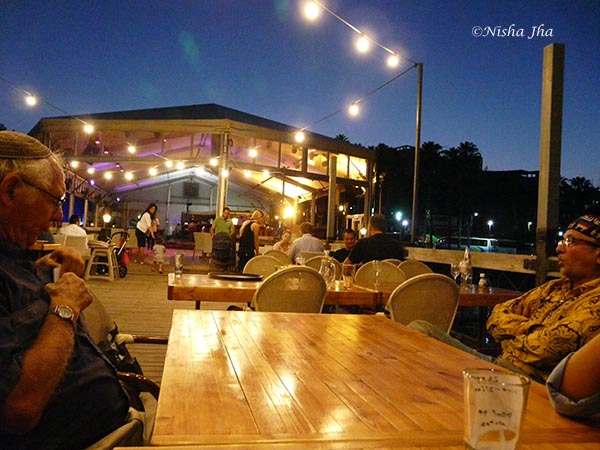 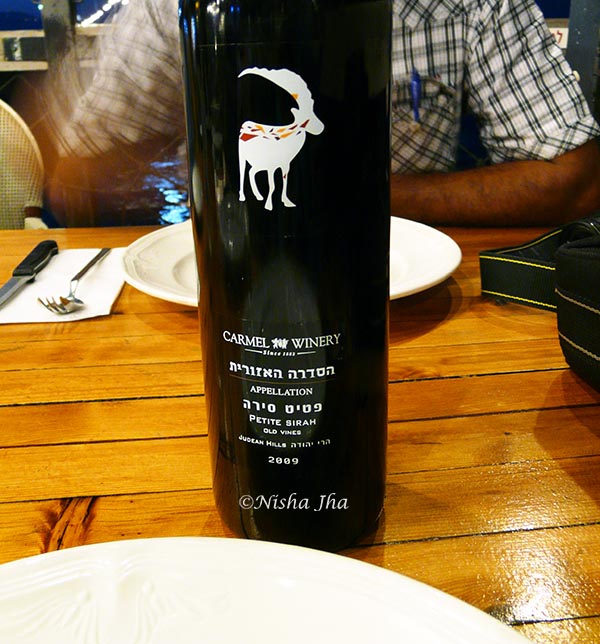 We had dinner in the open, by the lake, when it turned darker and we could see a lot of lights from the Druze villages dotting hills of Golan Heights. All of a sudden the peace was broken by jarring music originating from one of the tourist ferries. We could see a group of obstreperous tourists going out into the lake for a late evening fun. The whole scene was so incongruous. 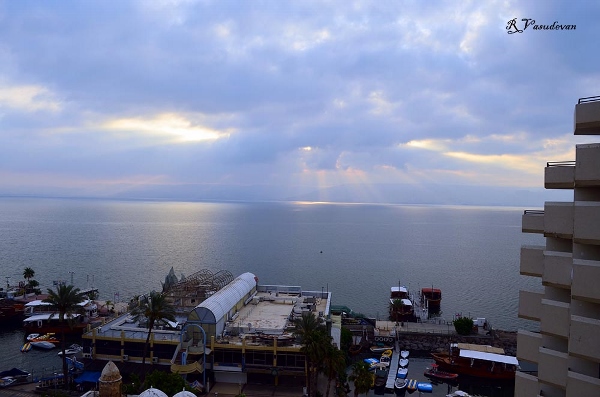 Next morning, I was waiting for sun to rise behind the mountains to take some photos, but true to its finicky behavior dark clouds gathered all around and sudden violent winds rushed down the mountain side threatening to blow us away.

A lot more to do and see here, like the various other biblical sites and archeological finds (Bet She) but we needed to get a move on for Dead Sea and other places.

Travel Tip:- If you are not in a hurry, spend a few days here.

37 thoughts on “Pastoral beauty of Tiberias”