Kindness on the streets of Bangkok

This month’s story has come from Dante Scarano who takes us to Thailand again where he was lost and was helped by a woman.
Over to Dante Scarano.
= = = = = 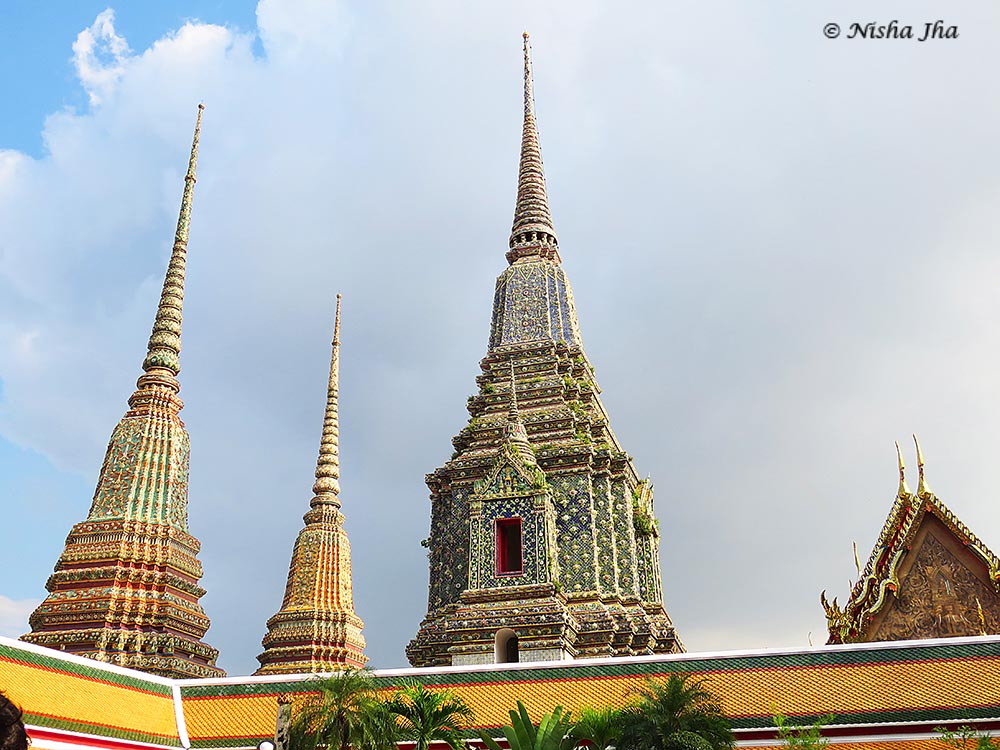 Among travelers Bangkok is typically their entrance into South East Asia. Most are jetlagged and throw into a new and strange world and if they are like me, grumpy.

A good deal of travelers that I spoke with were not impressed with the capital of Thailand. After spending a few days in Bangkok seeing all of the hot tourist spots: the grand palace, different temples and a maybe a good market or two, most travelers can agree on their judgement of the city.

Stating that it’s just too unclean, the streets were too busy, or that the many of the locals that they came in contact with, tried to scam them.
While some of these ideals may hold true to the parts of the Old City in Bangkok (Sort of the downtown touristy area) it should not be a representation of the rest of the city. While my travels in South East Asia took me continually back into Bangkok I was determined to find culture of laid back smiling faces that were hidden from the most touristy parts of the city.

While on a day layover my friend and I decided to head out into the out skirts of the city to the Train Market. For a couple of well versed travelers this didn’t seem like such adventure. Swearing that we couldn’t take any form of taxi service because the price we decided to stick to public transit. I typed out all of the names and numbers of subway lines and buses before I left, so we wouldn’t get lost.

Though what I didn’t happen to realize was that my phone with its ever dying battery, was at 10%. Why we didn’t just write it down on paper still mystifies me to this day. Making our transfers on the subway lines we were halfway there no sweat and my phone still had some charge left in it. Things were looking good until all of a sudden without notice my phone charge went to 1% and I saw all hope of getting to the market fade away. 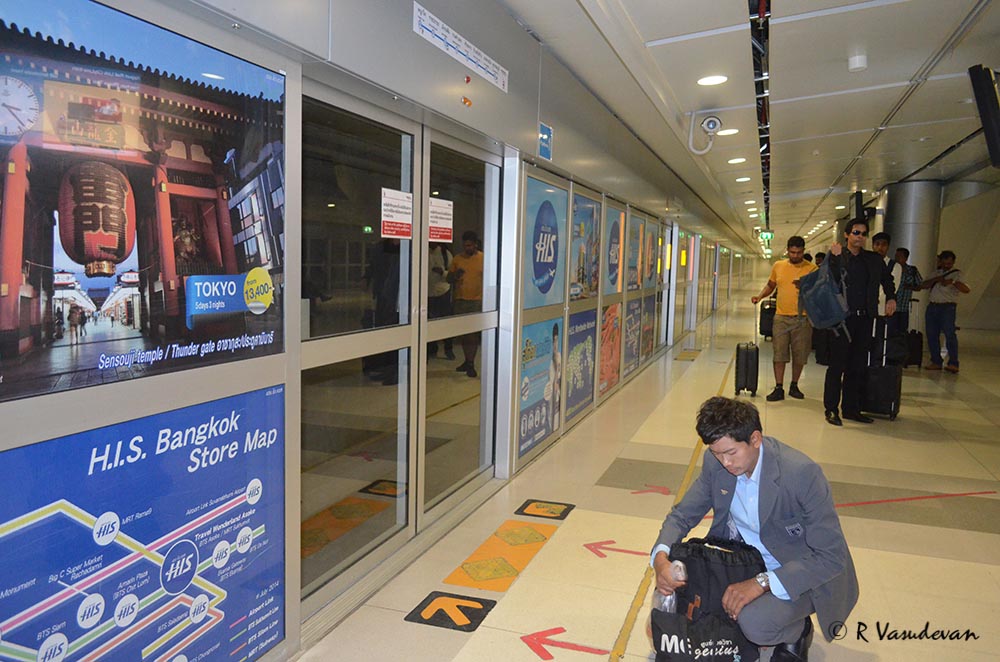 It was around 7 o’clock at night when our subway pulled into to our stop, and we exited into a world unknown. There were two options that laid before us, walk to the other side of the station, and take the next train back to the city or venture forth into an area we’d never been.

Decidedly, we pressed on words thinking that through our sheer determination we could find a way to our destination. We had no idea where to go or what bus to get on to bring us to the market. Looking completely and utterly lost we were approached by a taxi driver who told us he’d get us there for quite an expensive price.

Though out of the corner of my eyes a smiling woman approached us, holding her grocery shopping that she just had done. Seeing the puzzled looks on our faces, she calmly said, “Are you lost?” Not knowing if she was an angel or just a friendly face we told her where we were headed.

As Thai wasn’t our first or even second language we made a poor attempt to tell her the official name of the Train Market. In turn she gave an equally puzzled look, though as if a lightbulb turned on she knew where we wanted to go. She said, “Hold on one minute,” as she walked off to talk to a taxi driver, no doubt to reassure herself with our destination.

After conversing with the taxi driver she knew where she needed to take us to. We followed her out of the dimly lit side street where the subway station was located. Truly interested she asked us, “Where are you two from,” we told her America, as she pressed on determined to find us the right bus. Still holding her groceries we approached the bus stop together. 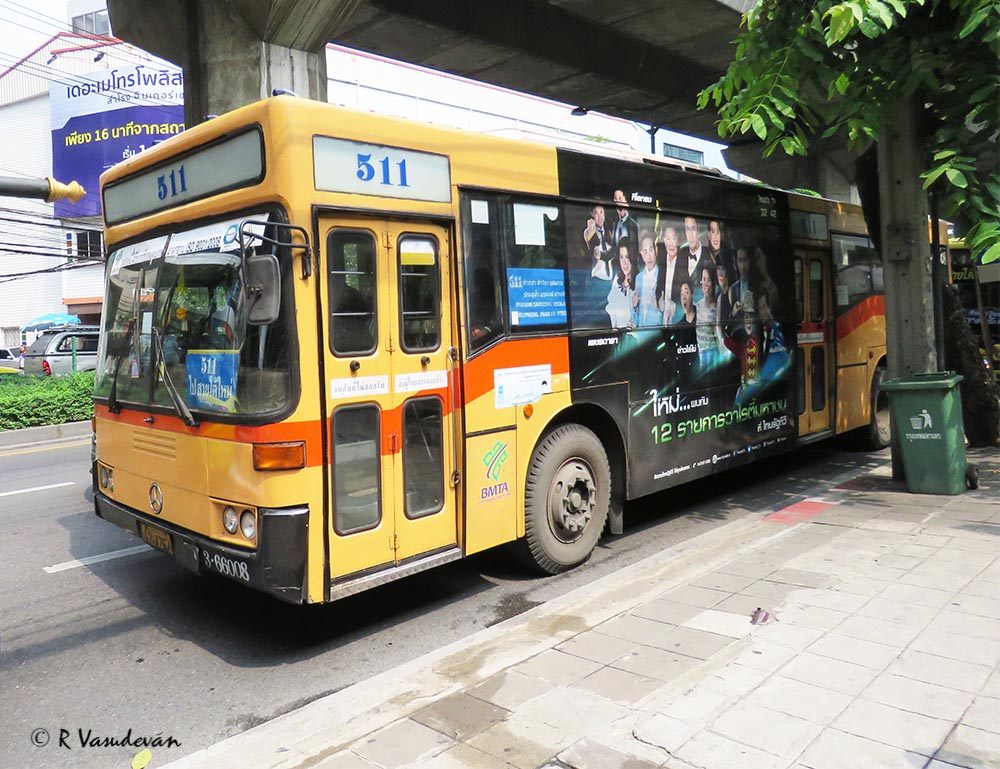 She sat patiently with us speaking on various subjects in perfect English. Twenty minutes went by, and she still seemed unflustered on when the bus would arrive. Eventually after multiple casual chats the number 24 bus drove down the road. She pointed out that this was the bus that would take us to the night market, we said our goodbyes and she went off walking home. As for one more favor she stopped the bus before it entered the stop and spoke to the bus driver, and told both him and some of the passengers where we were going. Looking back once more she smiled and pointed at the bus it came to a halt before us and waved goodbye.

I was still in awe of what just happened as we took our seats on the bus. A woman out of the kindness of her heart decided, that she would help to clueless travelers on their path. As I sat there dumbfounded this woman instantly restored my faith in humanity.

Hi! My name is Dante Scarano, I am pretty new to the Blogging scene,  however writing has always been my passion. I have been traveling all around the world for the past five or six years now, and I can’t get enough of learning about other people’s culture. Come check out my blog and read other travel stories at: Don’t Panic – A Travel Guide

You may want to read some of the earlier posts on the same theme.
Kindness on the Road
Surviving America
Good deed not dead!
Lost and found

If you have been helped by someone during your travels and want to share your story with the world, feel free to connect with me in comments section.
If you want to travel places with us, I suggest you to join us on my Facebook travel page.
P.S.- This article belongs to www.lemonicks.com. Reproduction without explicit permission is prohibited. If you are viewing this on a website instead of your RSS feed reader, then that website is guilty of stealing our content. Kindly do us a favour. Please visit our site and help us taking action by letting us know against this theft. Thank you.

24 thoughts on “Kindness on the streets of Bangkok”