If I talk about the no. of my short trips abroad, I think Brussels will come on top. But as it happens in most of the cases, I don’t have many photographs to show you. Since the trips are very short (sometimes not even a week), they are always very tight scheduled and hence, most of the times I don’t carry my camera.

Not to mention, this post is mostly textual. Of course, you’ll get to see a few pictures shot by me on different occasions.

Brussels, the capital of Belgium and of the European Union, is the second international city in the world if we measure the number of headquarters of international organizations it has. About one third of its inhabitants are foreigners, mostly Islamic immigrants, business people and diplomats working for the many multinational institutions that are located here. The city is officially bilingual (French and Dutch), but almost everybody understands and speaks English. And, for your information, Belgian French is different from regular French just like Canadian French is different from it. 🙂

Brussels is very well connected to other parts of Europe by air, bus, high speed trains including Eurostar train via the Channel Tunnel.

Name:- The name Brussels comes from the old Dutch Brucsella or Broekzele, which means “marsh (bruc or broek) home (sella or zele)” or “home consisting of one room, in the marsh”.
Do you know besides being capital of Belgium, what Brussels (Bruxelles in French) is famous for ?

OK, here I’ll speak about only those places that I have seen. First, it has historic market square known as Grand Place. It is said to be the most beautiful in the world. Not my views… I liked St. Mark’s Square (Piazza San Marco) of Venice more. About that, some other time. The square here is dominated by the magnificent 15th century Town Hall, with its hundreds of little statues. The most beautiful part of the Town Hall, the elegant tower, and surrounding buildings with their golden inlays. During season, the Grand Place is seen under a carpet of beautiful lavenders.
Every Sunday, the place is adorned by a picturesque flower market and during winters the central place is converted into an ice skating rink. It also is a venue for many concerts & events throughout the year. Brussels is also famous for it’s cuisine (this includes the most divine chocolates), has cafes and pubs that never close, and excellent restaurants.

Brussels has the highest concentration of restaurants in the world and a few minutes walk from the Grand Place is one street called “Petite Rue des Bouchers” (small road of butchers). It is famous for the fact that every house in this street is a restaurant. The street is closed for traffic and this allows the restaurants to exhibit some of their products especially sea-food and fish.
Belgium is also famous for best beer in the world. You can see a wide range of beer, including different fruit flavoured, which you may not have even heard of it. And mind you, they tend to be very strong (between 8 and 11.5 percent of alcohol !!). Have you ever heard of a pee boy ? Well, before I came here for the first time, I had assumed Brussels is famous only for that !! It is a small bronze statuette of Manneken-Pis, a young boy peeing on the passersby. It is actually a fountain but it looks amusing when you stand under it to get clicked and it pees on you ! A perfect representative of the irreverent Belgian humour.

This is also situated a few steps away from the Grand-Place. The statuette is so popular that it is considered an emblem of the city. Traditionally, the Manneken-Pis is dressed for special events, and he has over 750 sets of clothes. I too have a pee boy made of the same metal, nicely standing in the showcase of our living room but luckily it doesn’t pee. 😉

The Chinese Pavilion itself says a lot more about Europe in the 1930s than it does about China but contains some superb Chinese porcelain. The woodwork inside the pavilion is made by specialists from Shanghai. The Japanese Tower is perhaps most striking from the outside but also contains some interesting decorative items. I have not gone inside this.

As always, click the photos to have an enlarged view and for more photos visit my web album.

24 thoughts on “Brussels a.k.a. Bruxelles” 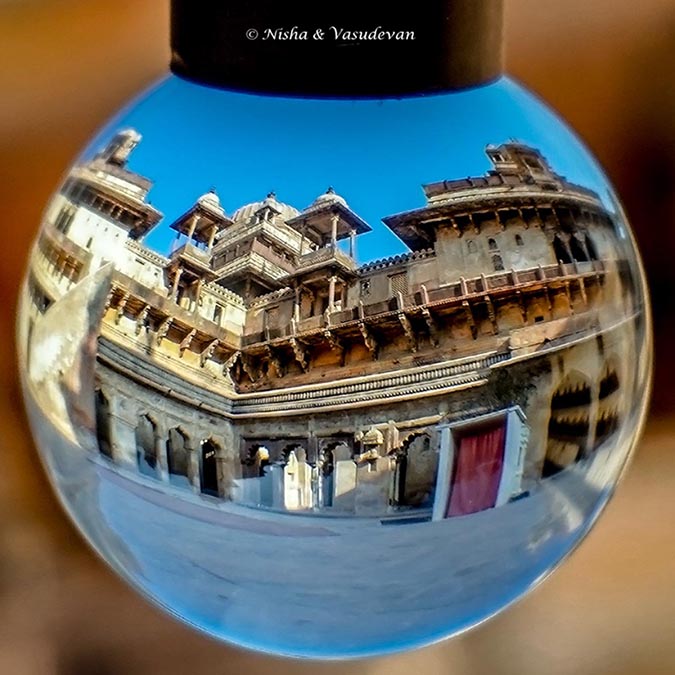 Many buildings of Orchha, a…

Last month we had an…