Oh Siberia!
Surrounded by so many myths and beliefs about Siberian people and Siberian culture. It was probably one of the last places on earth you would want to find yourself in. When I was young, Siberia meant three things to me.

Was I wrong?
No. All three were right.
So then, what made people to jump and say “Oh no ! You going to Siberia?” when we announced that we were going to Siberia?
Let us bust a few of those Siberian stereotypes and apprehensions which people (including me) had about Siberia.

It is always cold and snow carpet in Siberia! 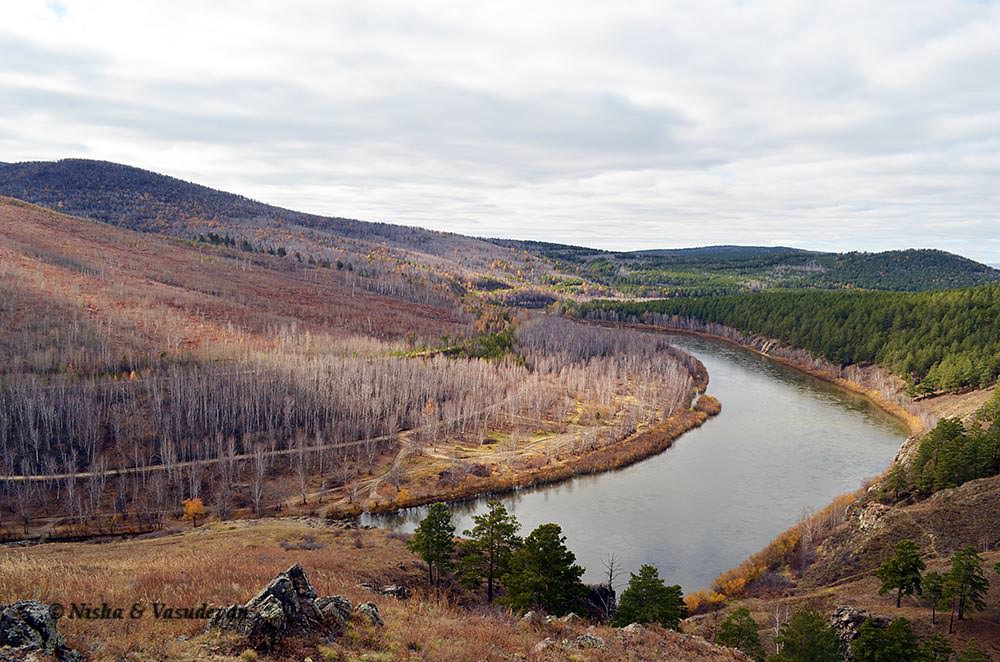 It is the most common myth about Siberia. Yes, agreed. It is cold, but in winter. Winter season starts in November and lasts till April. Summers are short, but they are warm. We were told at times the temperature goes upto 40°C ! We were in Siberia in October and we didn’t see much snow. Yes, there was a chill and we had to don our jackets and caps but it was bearable.
In fact, I would have loved had it been snow covered because you can go for winter activities in Siberia such as skiing, snowboarding, ice-skating and snowmobiling.

Siberia is a dangerous place

I can understand the anxiety and nervousness of our family and friends back home. They tried to talk us out of the trip because as per them, Siberia is “dangerous place!” It’s a one way ticket. Probably they had read too many books and watched too many movies about labor camps. 😀
The fact is, the labor camps have become history. It was in the past when people were sent to Siberia just like it happened in Australia or our own Kala Pani in Andamans. Most of Siberian tribe welcome tourists from all over the world since many years now.
There are not many prisons too. We saw Decembrist’s church and museum which has artifacts and memorabilia from that period but the prison was somewhere else.

It is All Barren & Wasteland

Barren Land? All? No. Not at all.
Some places, yes.
On the contrary, there are plenty of trees, flowers and vegetables that grow in Siberia. I was pleasantly surprised to see Marigold flowers which are considered all season flowers here in India. Of course, if you go there in peak winter, the scene would be quite different.
See these pictures and tell me if it’s barren in Siberia. 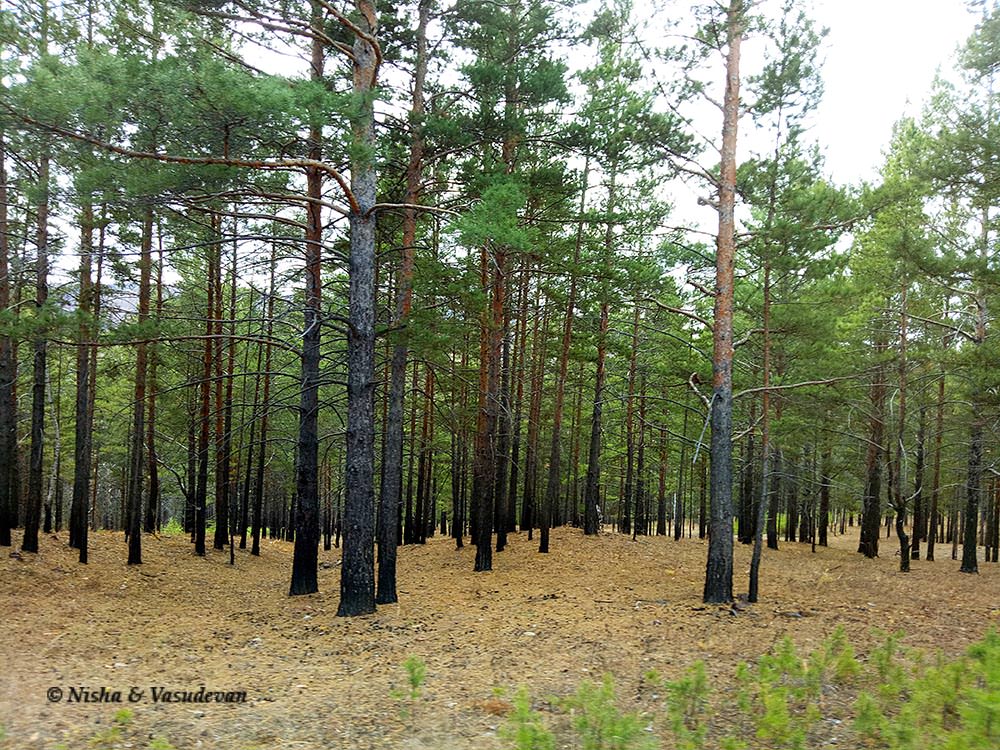 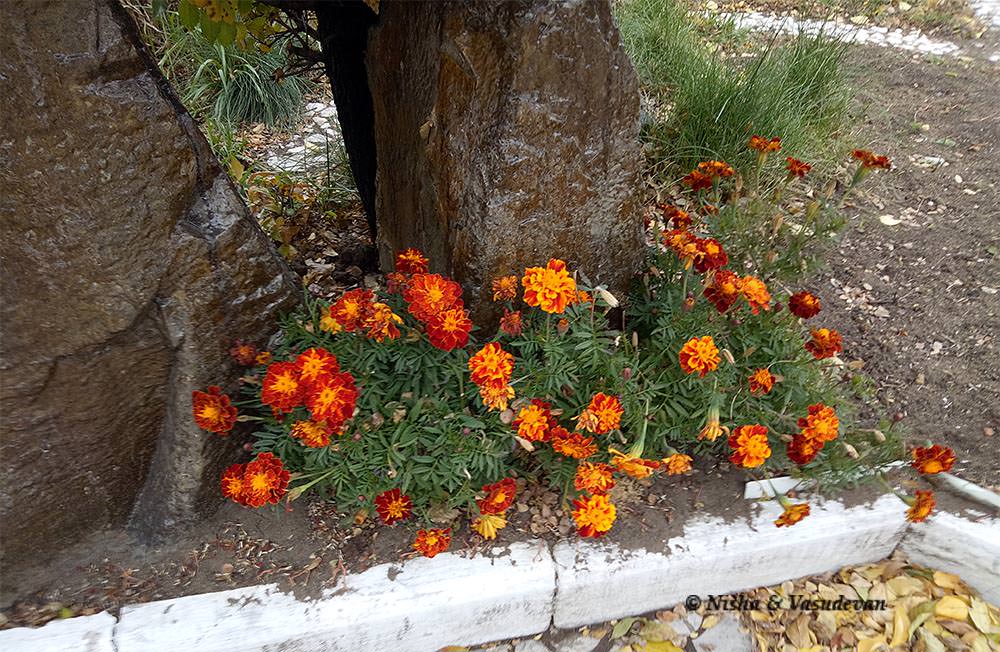 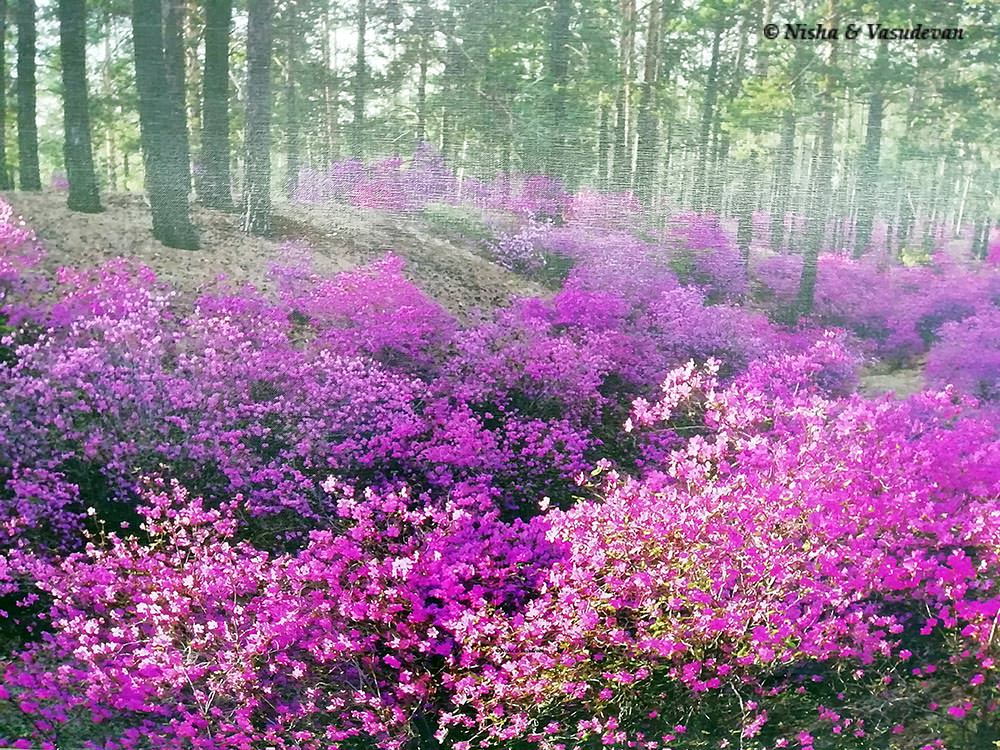 This is how Siberia looks in summer. 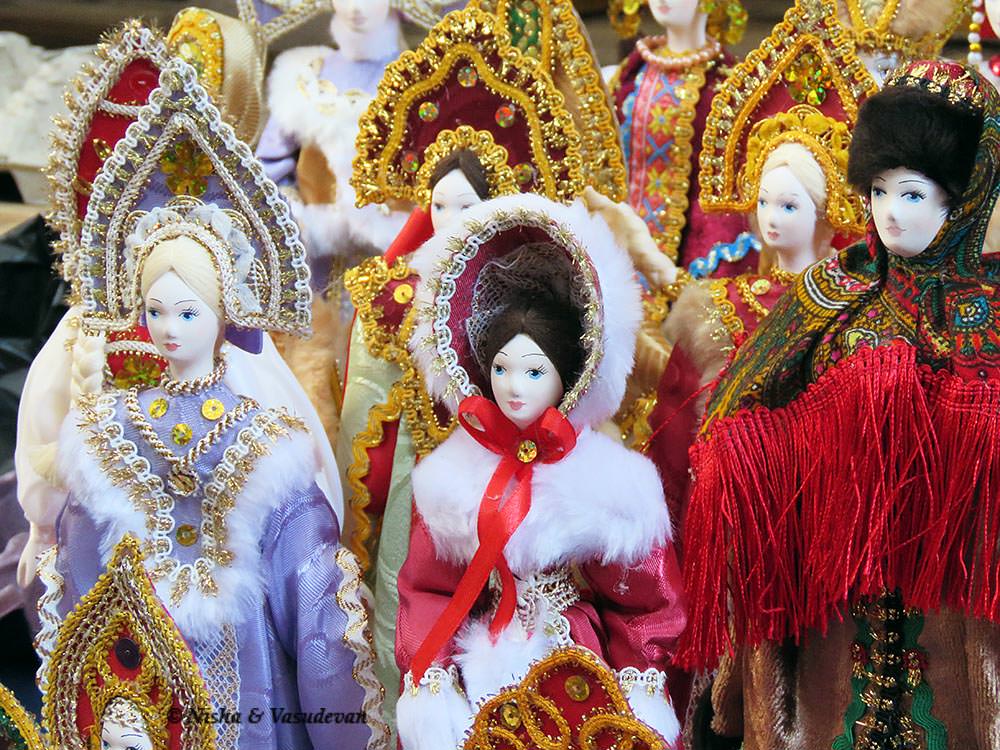 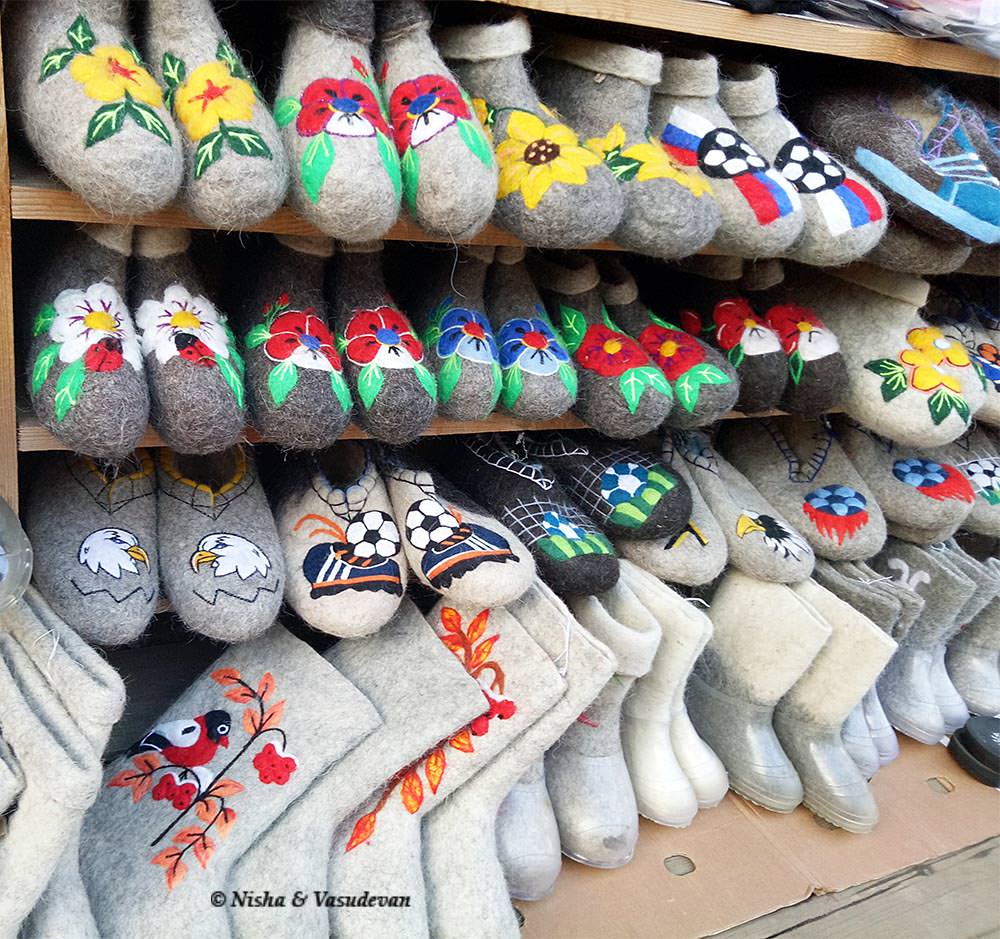 No, Siberia is NOT Black and White! In fact, it is full of colors.
Handicrafts, festivals, traditional dresses and costumes!
Russia or even Siberia is rich in distinctive folk arts and handicrafts from old traditions. Have you heard of the world famous Matryoshka dolls? Perhaps it is Russia’s most recognizable handicraft. And the traditional dress or Khokhloma utensils or the lace work?

I am a bit disappointed that we could not attend any festival which are very colorful. I sincerely hope that I get to see one in near future.

Siberia is not developed

A portion of Chita town from up the hills. 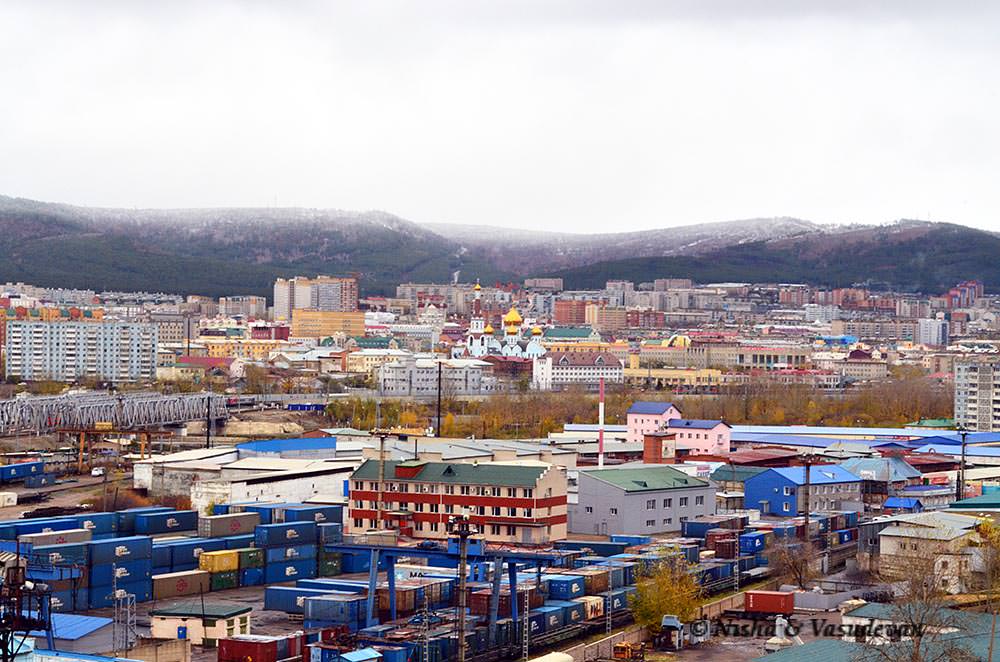 Oh really? Do you know the 2019 Winter Universiade are going to take place in the Russian city of Krasnoyarsk? And this is not the first time Siberia is holding an international event. Do you think it is possible if Siberia is not developed? Siberia is very big in size and contrary to belief, not every area is uninhabited. It has modern cities like Krasnoyarsk, Omsk and Novosibirsk and some of them are even bigger than other European cities such as Oslo, Helsinki or Lisbon.
We visited Chita, comparatively a smaller town than Novosibirsk, Omsk, Krasnoyarsk, and Irkutsk. Whatever is the size, each one of them has theatres, museums, night clubs, hotels etc. The cities are connected with railways and regular public buses.

Everyone Lives In Shacks, Log-Cabins or bunkers 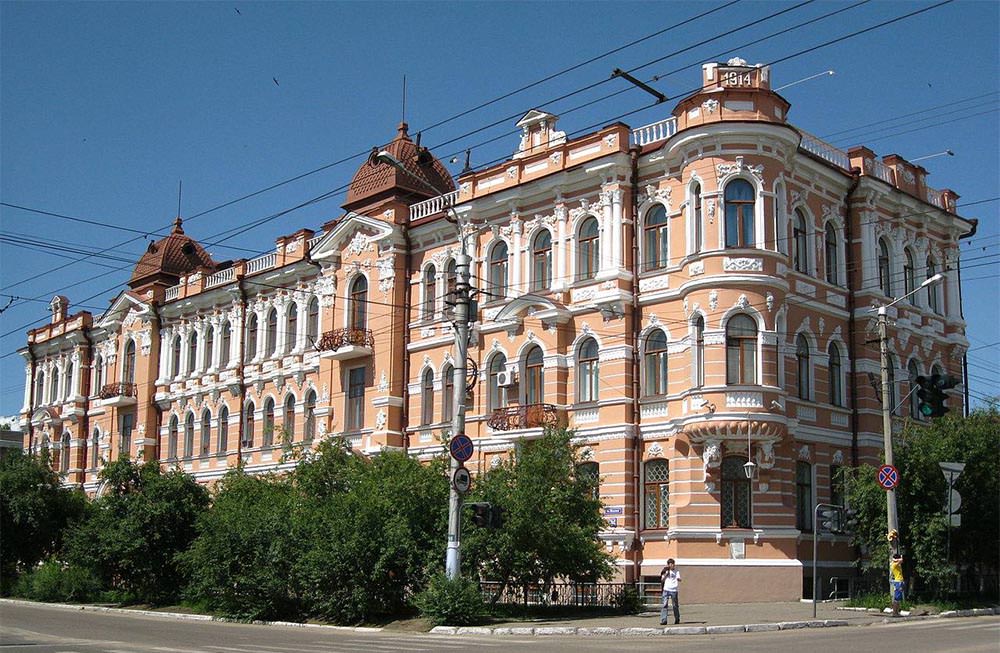 Now? In this age?
Honestly, I also looked for one, but couldn’t find any. Instead, I could see high rise buildings, and beautifully designed aesthetic buildings. The architectural wonders of Chita was a thing to see. Had we had one more day in Chita, we would have explored the town further in search of these buildings. There are some beautifully carved wooden structures too. Decembrists’s Church is one such example.
Log-cabins do exist, but mainly only in the deep forests or in remote places.

No one speaks English in Siberia 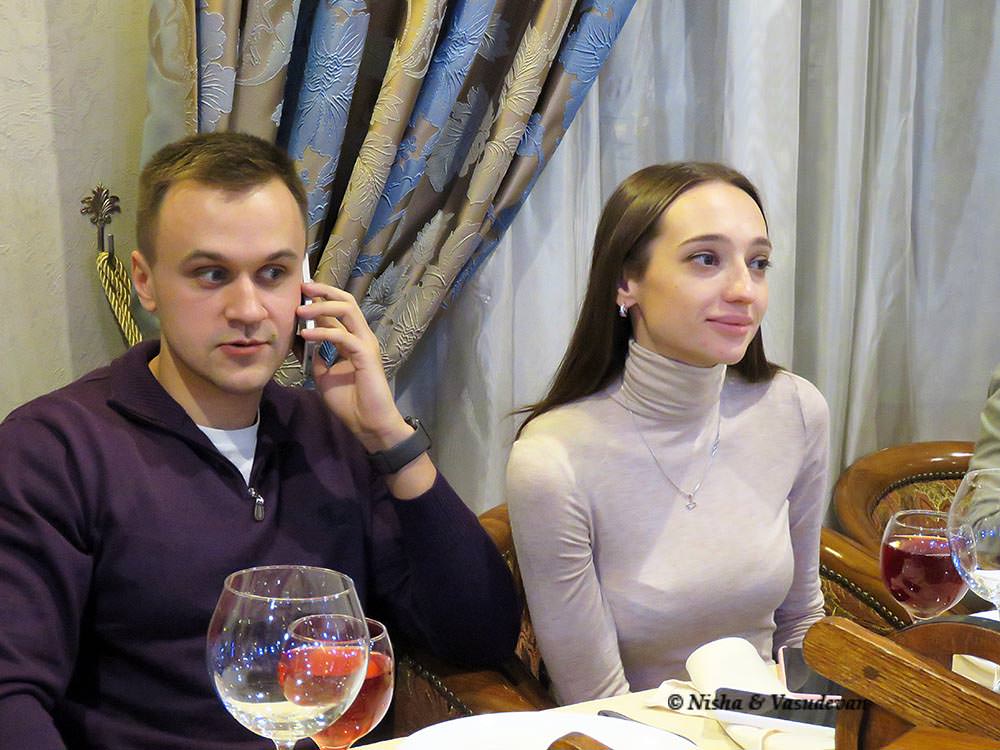 Before going to Siberia we were in doubt. How are we going to manage in Siberia or even in Russia? Vasu brushed up his knowledge of Russian and I tried hard to learn a few words. But alas! We couldn’t put them to use!
Whoever we met, spoke excellent English. For example, meet Alex, the soft spoken gentleman. Not only he learnt and speaks English, he teaches the language as well! People know the importance of English and Alex has even opened a few English speaking institutes in Chita.
Forget English, we even met a Hindi speaking monk ! So don’t worry if you are not familiar with Cyrillic and are not sure of your ‘da’ and ‘nyet’. Globalization is here to save you. 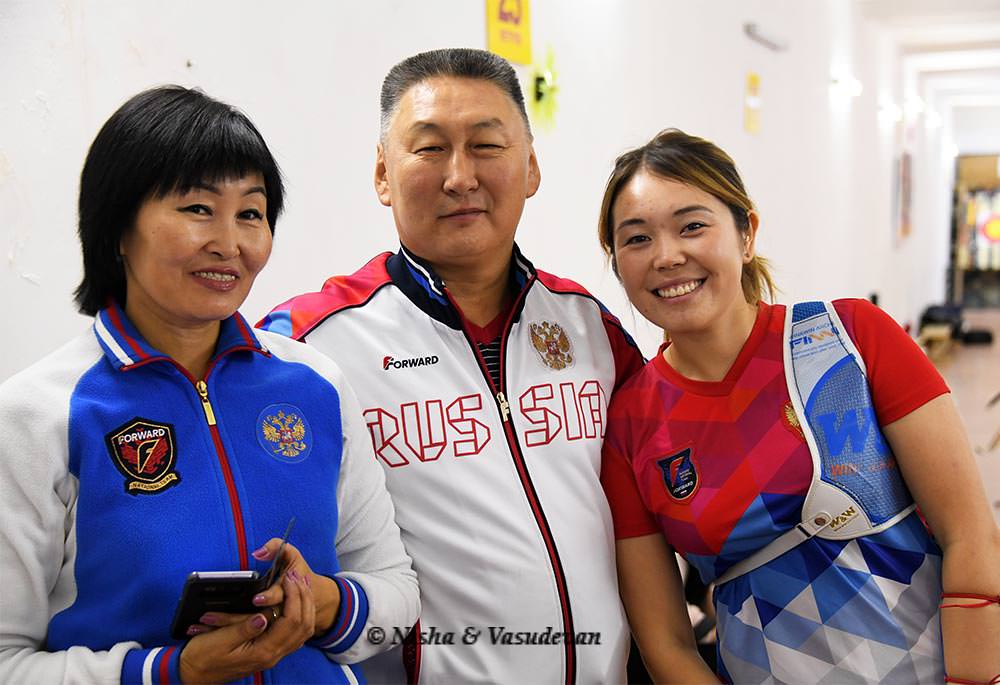 They are serious, unfriendly and have a grumpy look.
I take a serious offense to it. It’s a lie! Rather, I found myself to be more apprehensive. They definitely smiled and on many occasions helped us without asking and struck a conversation. Whether it was a museum, a SIM card shop or a restaurant, people welcomed us with a smile even when we didn’t understand each other.
And have you heard of Smiley Relay Race about Smiling Siberia? Could have they done it if the people were always serious? I am now smiling ear to ear. 😀 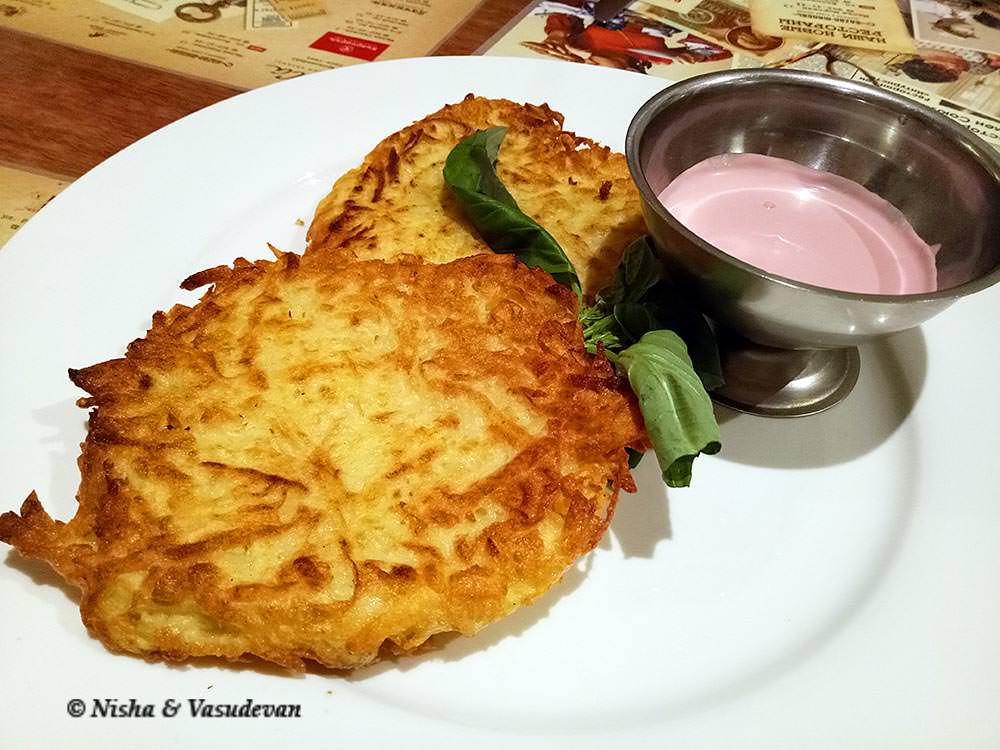 We thought we’ll have to survive only on Salted traditional bread and Vodka and probably some meat. Meat? No !!! We are vegetarians.
To be honest, this whole notion about food is WRONG. We are vegetarians and we had no difficulty in finding what we wanted. Just say, ‘bez myasa = без мяса’ meaning ‘without meat’. No need to survive on only salads and bread.
We had Borscht, Draniki, Buuz, Pirozhok, Kvaas and what not! And yes, Pryaniki too! So many other dishes and snacks and we really relished them. We also brought home some as souvenirs. 😀
No, they don’t always drink Vodka. There are other drinks also to enjoy. So Vodka took a back seat. In fact, I celebrated my birthday with a glass of Bubbly. 😀 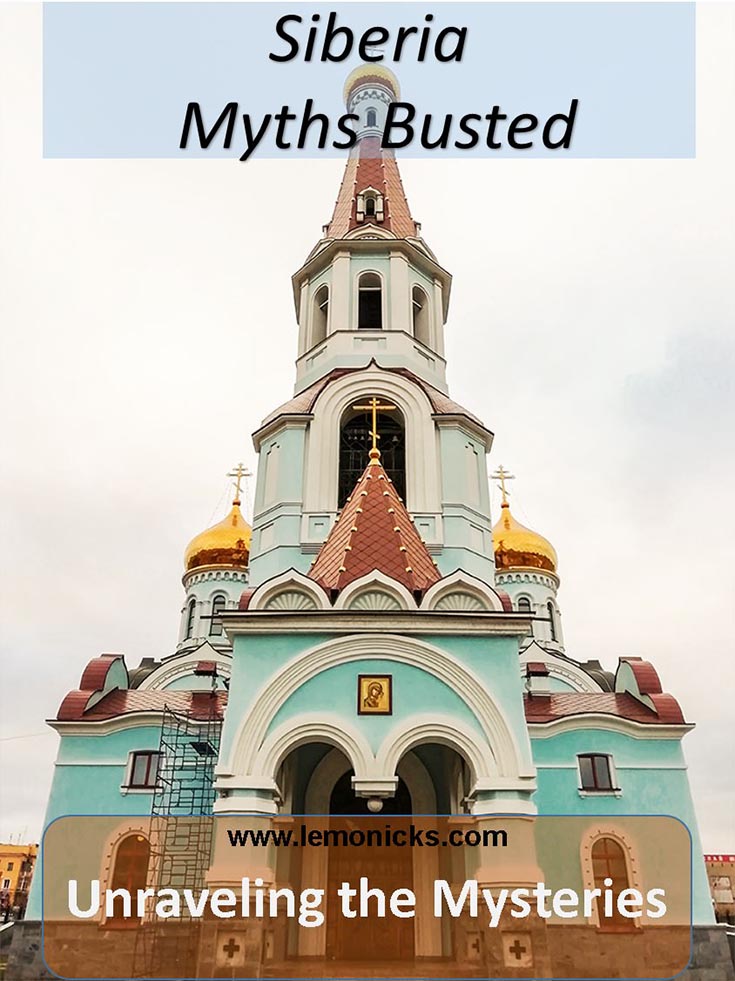 If you want to travel places with us, we invite you to join us on our feed or Facebook travel page.
P.S.- This article, Myths, Stereotypes & Facts about Siberia, belongs to Le Monde, the Poetic Travels, an Indian Travel Blog, published by the traveling couple, Nisha & Vasudevan. Reproduction without explicit permission is prohibited. If you are viewing this on another website rather than the RSS feed reader or www.lemonicks.com itself, then that website is guilty of stealing our content. Kindly do us a favour by letting us know via Contact Us. Thank you.

Tags:things-you-didnt-know
previousTop Things to do in Chita Siberia
nextOur Tips on Planning a Trip

Whenever I visit a country…

Things you didn’t know about Macau

Things you didn’t know about Mauritius