Robert Powell, the famous British actor, once said, “I have a number of places on my wishlist …….I have a passion for wilderness and Siberia is on my list – however that may be a bridge too far”.

Our (Nisha’s and Vasu’s) own wishlist has sported Siberia for a long time but Yay! Thanks to #FollowupSiberia, we are about to cross that imaginary bridge that eluded Robert Powell. 😀 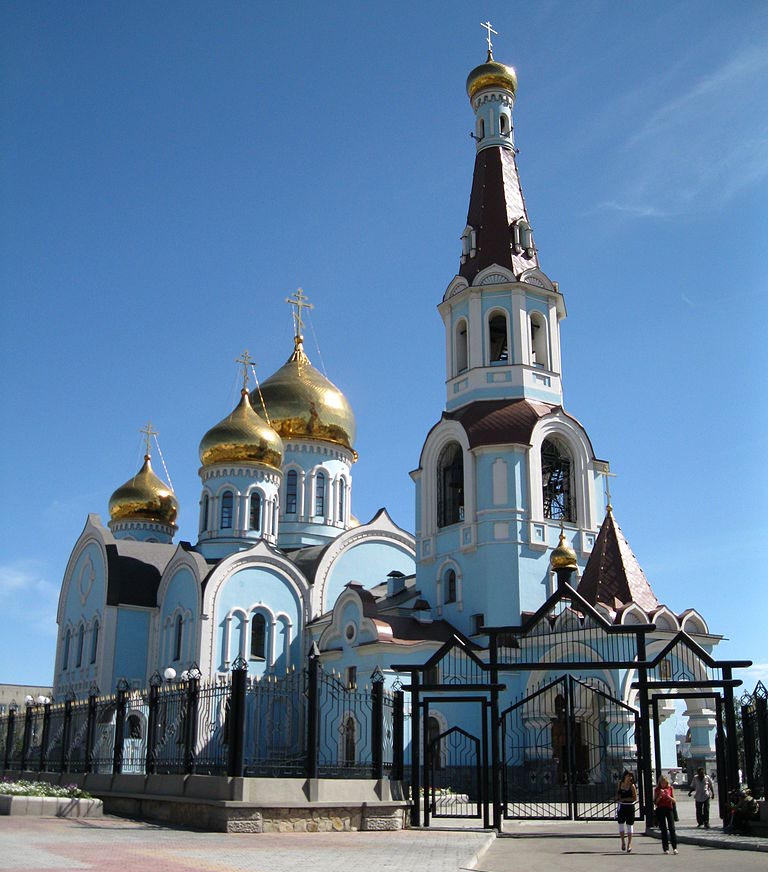 What we knew about Siberia

It isn’t that we had never heard of Siberia. I remember a few memories that are etched in mind from my school days.

The “Follow Up Siberia!” is a cross-cultural program launched by Nornickel that precedes the 29th Winter Universiade Krasnoyarsk 2019. This program gives all people from around the world a chance to visit various Siberian cities, connect with each other and meet hospitable locals.
#FollowUpSiberia alongwith #Nornickel is holding a contest of 4 rounds. 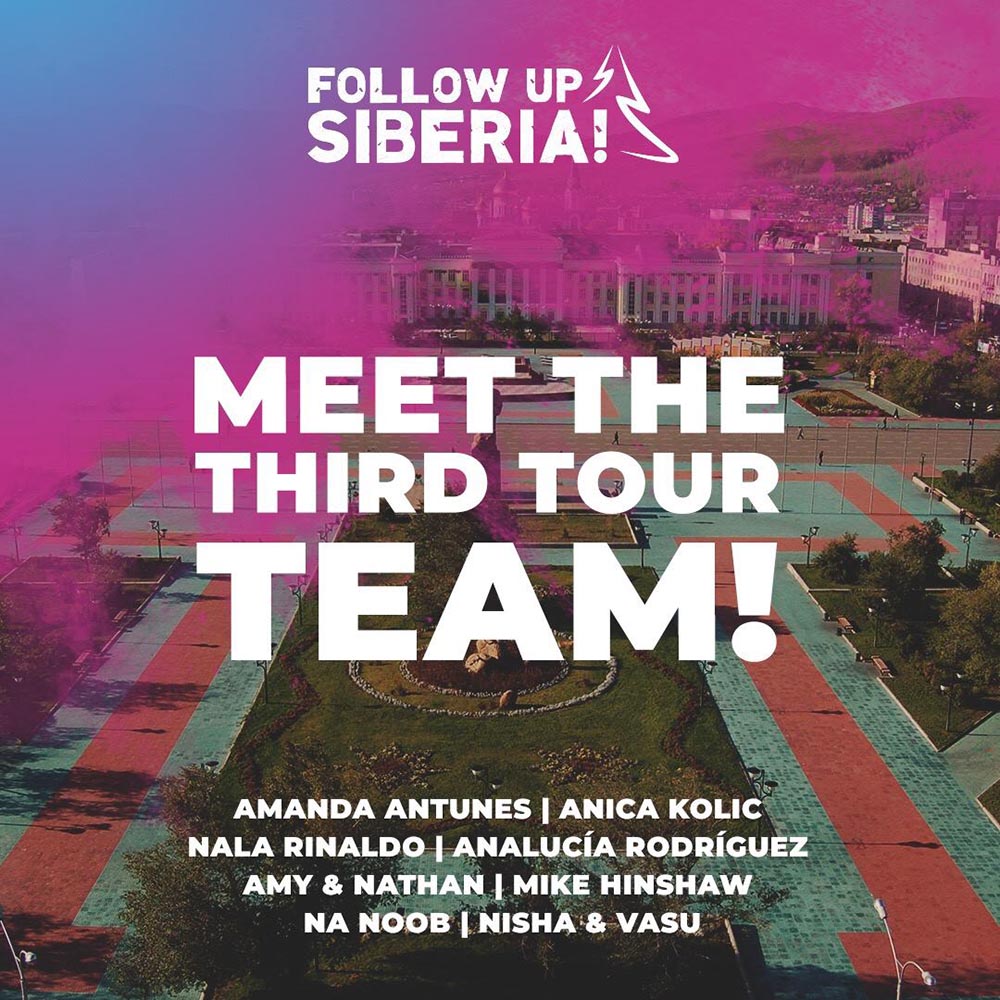 Blame it on our ignorance, we didn’t know about it till it was in round 2. Still we could not apply in round 2, blame it on our ‘busyness’. Round 3 had started and soon it was going to end. Somehow, we could participate in this round with only a few days to go! Phew.

As per the contest rules, we had to post pictures or videos from our own country which reminded us of Siberia.
Now we already knew several things about Siberia and it wasn’t difficult to rummage through our photos to show our perception of the place. We posted photos on Instagram and Twitter. 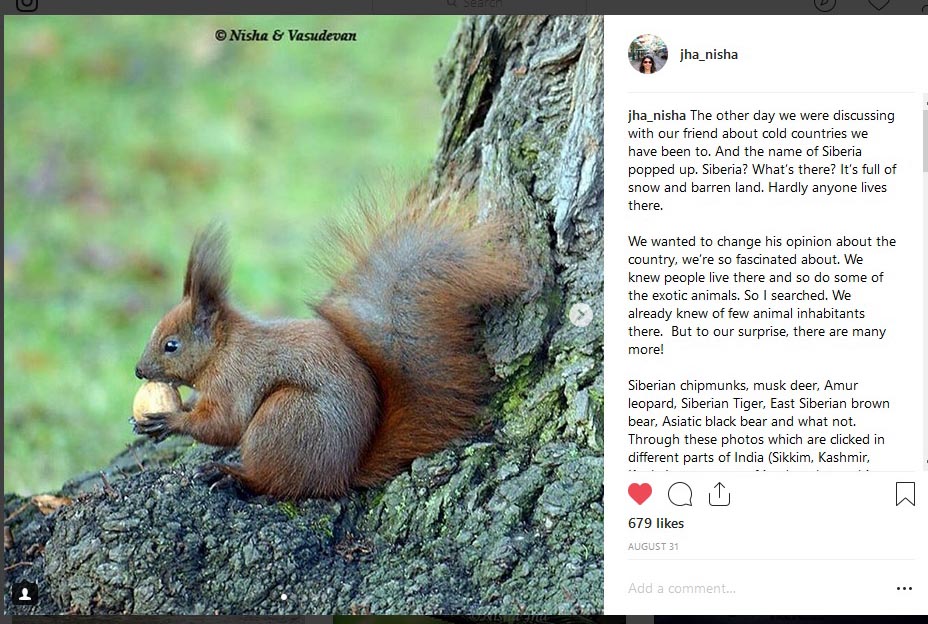 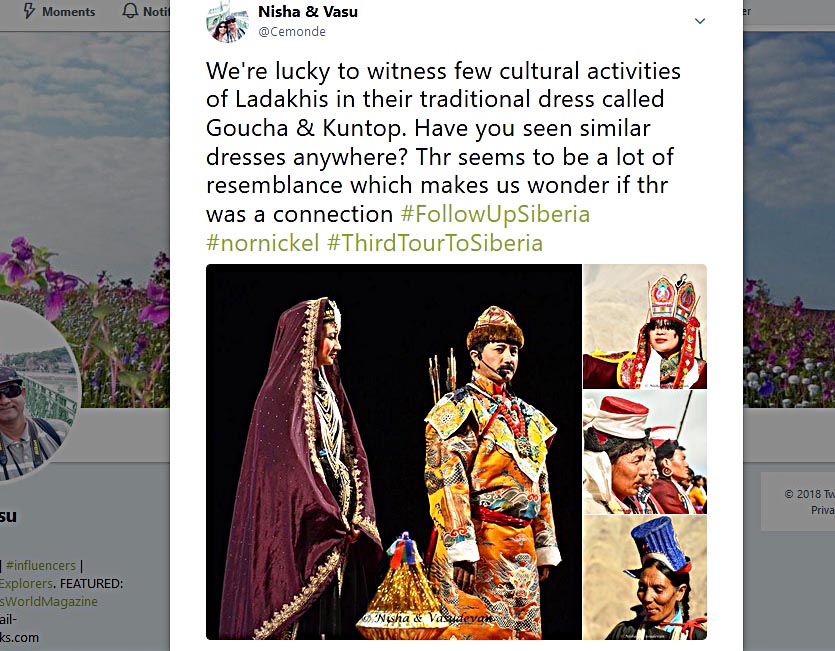 Unlike earlier rounds, this time there were many, many more entries from across the world including India and it was a tough competition this time. The organizers worked diligently on this. We were in the 1st shortlist of 24 participants ! There was going to be another scrutiny process to select the final eight. We were asked to answer several questions, (we are not going to divulge any). 😀
Once we submitted those, the wait was agonizing while we two discussed for the umpteenth time, if we had responded well or not. 🙂

However, we just hoped with crossed fingers and toes to make it to finals. And voila! The result was declared and we were selected for #ThirdTourToSiberia !

The hashtags for this contest are
#FollowUpSiberia #ThirdTourToSiberia #Nornickel #Universiade2019

The Russian Visa process was quite simple, really!

Once we got the necessary documents from Victoria and Sergey, in terms of tourist voucher, flight tickets and hotel reservation, we purchased our travel insurance and applied for the visa on Russian online portal.
On the appointed day we went to the agency, which was quite empty. We were out in an hour.
At the time of writing this post, the visa has been applied for and we are waiting for our passports, which takes about a week.

Siberia, our dream destination, will be, we are sure, full of surprises. One of them is lovely architectural gems in Chita, the place we are going to visit. One of the things we already knew about Chita is that it has a Trans Siberian train stop. To even think of it, our respective hearts start beating fast.

And of course experience the local culture, meet the local people and share their food and drinks, is on our wishlist.

The other day we were discussing with our friends about our impending trip to Siberia.

Siberia? What’s there? It’s full of snow and barren land. Hardly anyone lives there. One said.
Another friend confused Siberia with Serbia!

We are keen to change his opinion about the country, we’re so fascinated about. We knew people live there and so do some of the exotic animals. We already knew of a few animal- inhabitants there. So I researched. To our surprise, we found, there are many more!

Siberian chipmunks, musk deer, Amur leopard, Siberian Tiger, East Siberian brown bear, Asiatic black bear and what not. Through these photos which are clicked in different parts of India (Sikkim, Kashmir, Kanha) we want our friend to change his perception about Siberia.

One of the first things Vasu is doing, is to brush up really rusty knowledge of Russian which he had learnt 20 years back. When we went to Bulgaria last year, he was easily able to read the sign boards, which were in Cyrillic, meaning he had not forgotten the alphabets.

Nisha will take this opportunity to learn the alphabets.

While we have been to very cold countries, Siberia gives us the creeps. A glance at the Annual weather for October show that, things won’t be too bad, but we still need to sort out our warm clothes and layers.
At 30+ degrees Celsius, we have no need for such things, where we live!

Looking forward to meeting all the team members of the third trip and travelling to Siberia together.

привет Сибирь, we will meet soon!

If you want to travel places with us, we invite you to join us on our feed or Facebook travel page.
P.S.- This article, Followup Siberia contest, belongs to Le Monde, the Poetic Travels, an Indian Travel Blog, published by the traveling couple, Nisha & Vasudevan R. Reproduction without explicit permission is prohibited. If you are viewing this on another website rather than the RSS feed reader or www.lemonicks.com itself, then that website is guilty of stealing our content. Kindly do us a favour by letting us know via Contact Us. Thank you.

Many of you may know…