or Immigration Square
They came through sea to work, mostly as plantation workers in sugarcane fields and set their first step on Mauritian soil at this historic place in Port Louis harbor, in the capital of Mauritius. It was on this particular site that, they also spent their first two days in Mauritius before being registered and sent to work. 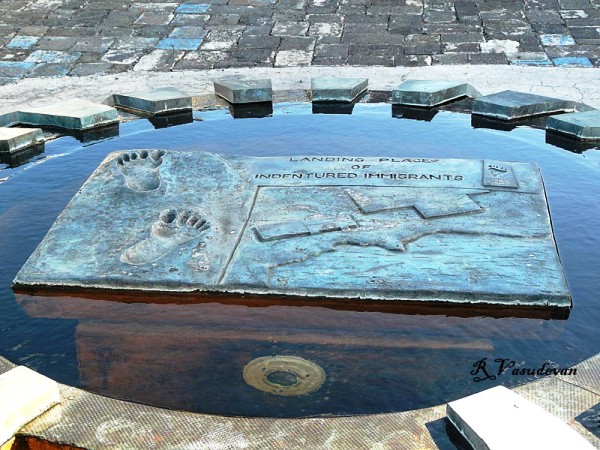 Literally translated in Hindi, Aapravasi Ghat (अप्रवासी घाट) means Immigration Depot. The meaning of ghat is “interface”, reflecting its position between the land and sea, and marking a transition between old and new life for the arriving immigrants. The prospective plantation workers were also called coolies and so the Immigration Depot had an older name, the Coolie Ghat.
The prominent use of Hindi language in Mauritian naming conventions is because of social and ethnic demographics, with over half of the national population having Indian lineage. 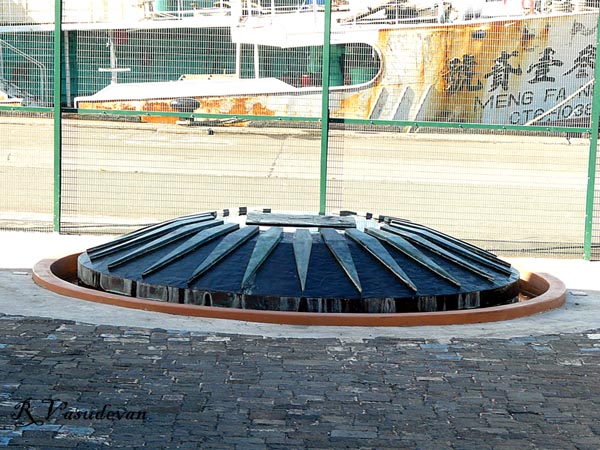 The Aapravasi Ghat or “the landing place of the immigrants” is a powerful symbol of the global migration & historical bond which exists between Mauritius and India and was declared a UNESCO‘s World Heritage Site in 2006. It serves as a shining beacon to the rest of the region and the world.

All immigrants were registered and photographed after disembarkation. These archives have been saved, and are now in the Indian Immigration Archives of the Mahatma Gandhi Institute. The labourers’ five years contracts provided details of their terms of employment and outlined their general standard of living such as wage rates, working hours, type of work, rations, housing and medical care.

Besides Africa, China, these indentured labourers originated mainly from Eastern part of India. From 1849 to 1923, it was at this place these brave immigrants congregated together as a mini community, cooked their food, sang their songs, told their stories and said the prayers together. Once the indentured labour was abolished in 1923 & their contracts ended, they chose to stay on to make this land their new home. Lifelong harmonious friendships between families were blossomed & continued over several generations. 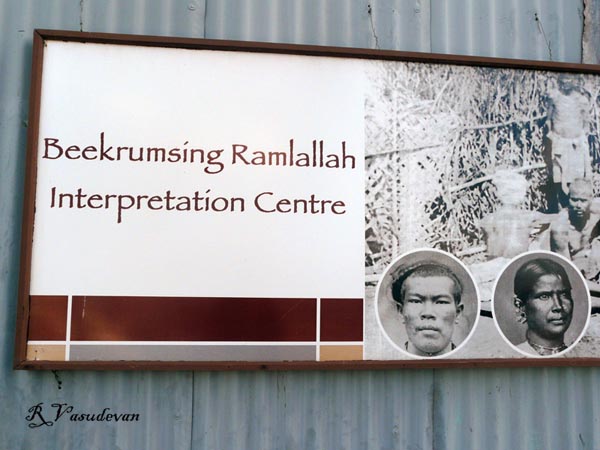 From the outside the complex looks like the remains of a fortress. After the end of the indentured labor system in the 1920’s, parts of the depot were gradually destroyed by the government and then by a cyclone. Only the partial remains of three stone buildings from the entire complex have survived and are now protected as a national monument.
As I moved around, I noticed it includes sheds for immigrants, quarters for officers, a small hospital and offices. The best preserved parts are the lavatories & baths for the immigrants. 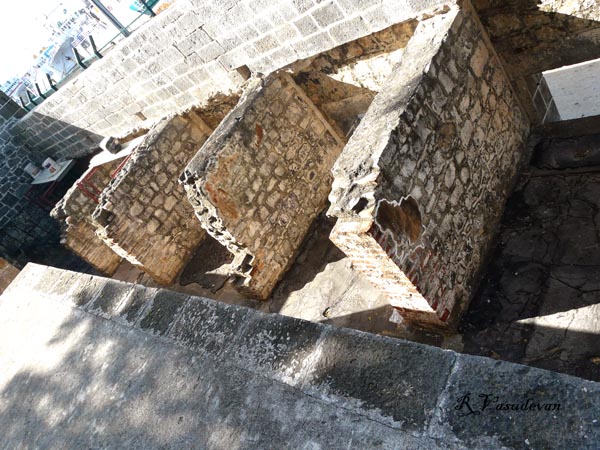 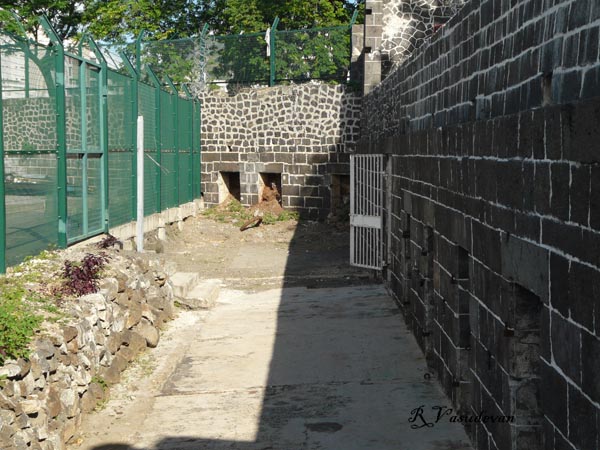 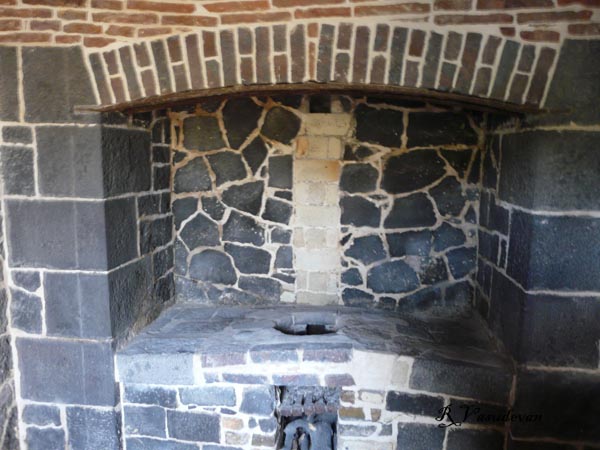 A stone stove in the community kitchen.

It was through the Indian immigrants and their descendants’ toil, determination and sheer physical endurance that this small Indian Ocean island, called Mauritius, was transformed into the most important exporter of sugar in the British Empire during the 19th century.
“We are the proud descendants of these indentured immigrants, we carry their names, their blood flows through our veins and they form an integral of our identity. Their history is our history and our history is a continuation of their history.” This is precisely being commemorated and emphasized at the Aapravasi Ghat World Heritage Site every year on 16th July, by the Aapravasi Ghat Trust Fund.

Travel Tip- Entrance to the site is free, so is the guided tour. The place is near the chic Caudan Waterfront in Port Luis.

If you want to travel places with me, I suggest you to join me on my Facebook travel page and Twitter.
P.S.- This article belongs to www.lemonicks.com. Reproduction without explicit permission is prohibited. If you are viewing this on a website instead of your RSS feed reader, then that website is guilty of stealing my content. Kindly do me a favour. Please visit my site and help me taking action by letting me know against this theft. Thank you.

17 thoughts on “Aapravasi Ghat in Mauritius”

Before it finally says bye…

Kanchanaburi War Cemetery As I…