The word ‘grand’ in ‘Sheikh Zayed Grand Mosque’, is not just a word, it tells us how grand the mosque really is! Everything is larger than life in this mosque of size of five football fields. Only natural materials have been used in the mosque such as marble, crystal ceramics, semi-precious stones, mother of pearl and even gold. As I enter the mosque, I am blinded by the sheer white of the 82 domes. 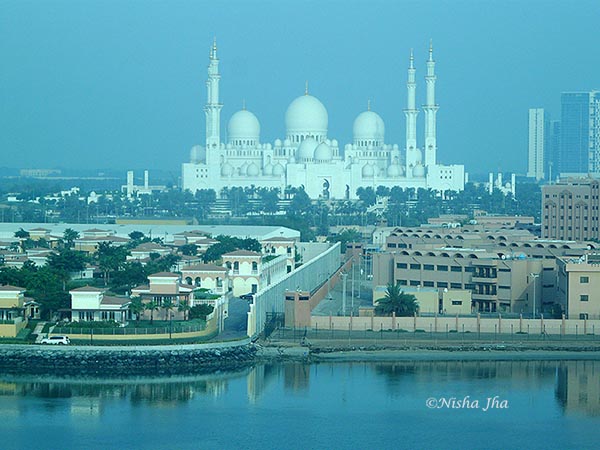 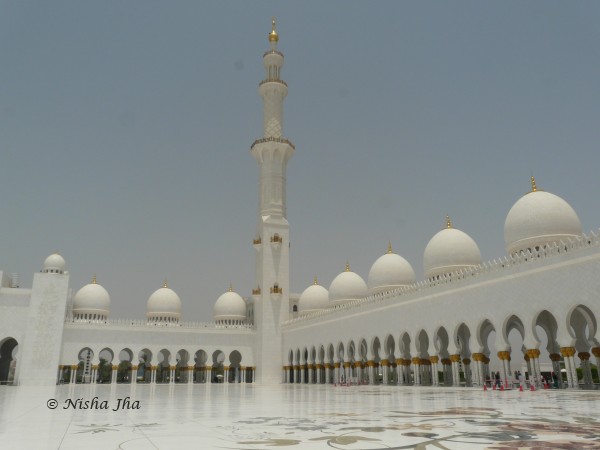 The mosque was built by Sheikh Zayed bin Sultan Al Nahyan and it took around 10 years. The tall minarets stand tall at 350 feet.
This tastefully designed mosque holds many records, such as the largest mosque in the United Arab Emirates and one of the largest in the world. With capacity of holding 40,000 people, it has one of the largest prayer room which can accommodate almost 7000 devotees. 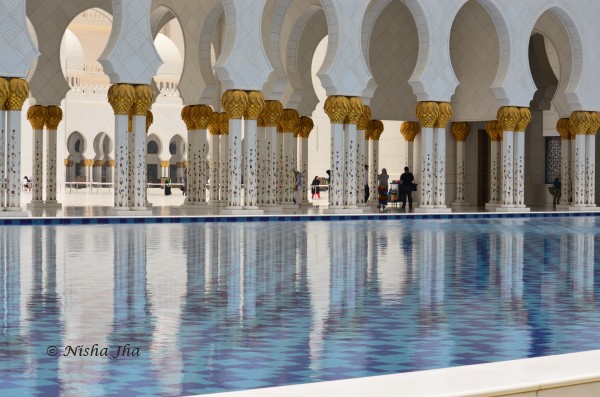 Reflecting the pillars are water bodies and pools around the mosque. The combination of white & blue gives a very calming effect in the desert that we are in. 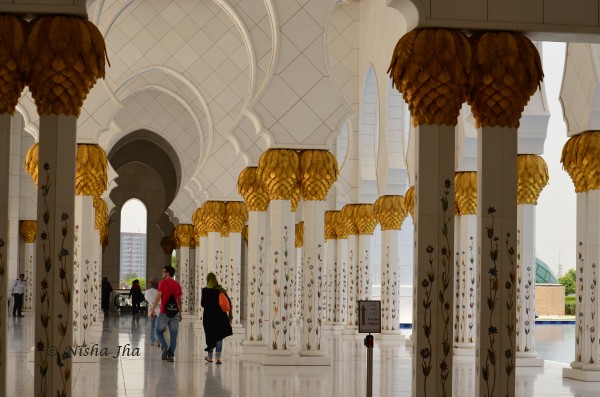 While the prayer halls of the mosque are grand and luxurious, the white corridors are simple and yet a treat to the eye. The pillars with the golden date palm design add charm to its beauty. 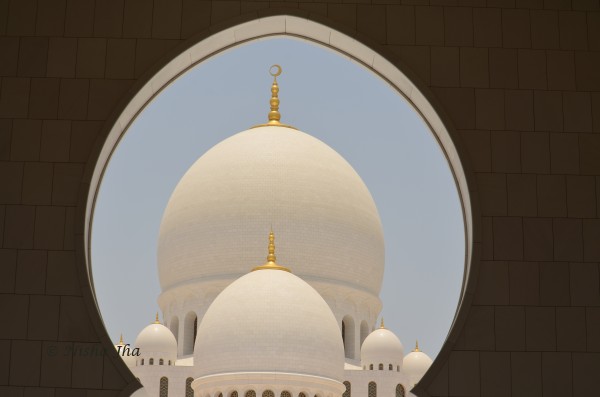 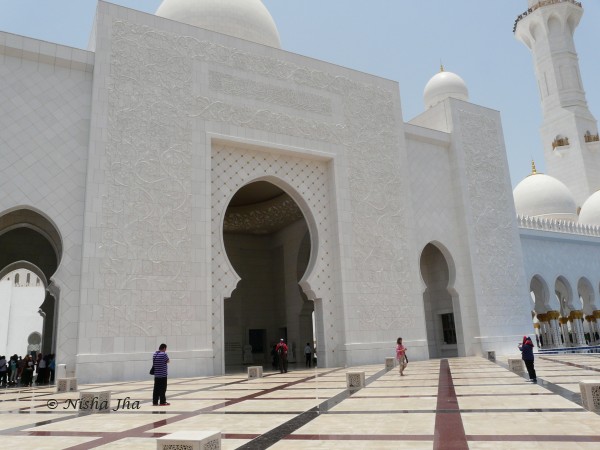 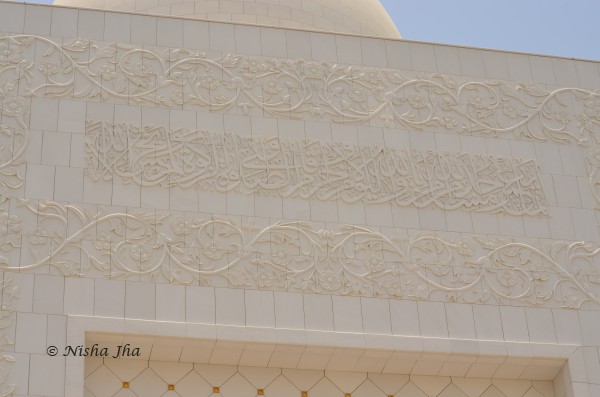 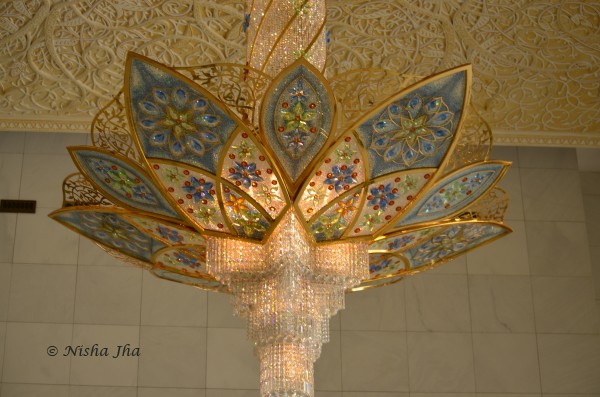 Gracing the hall, there are seven crystal chandeliers made by Faustig (Munich, Germany) situated inside the halls and foyers. The largest, located in the main prayer hall, and considered one of the world’s largest in a mosque weighs approximately 12 tons. All chandeliers are made from gilded stainless steel and gilded brass and then Swarovski crystals installed in them. 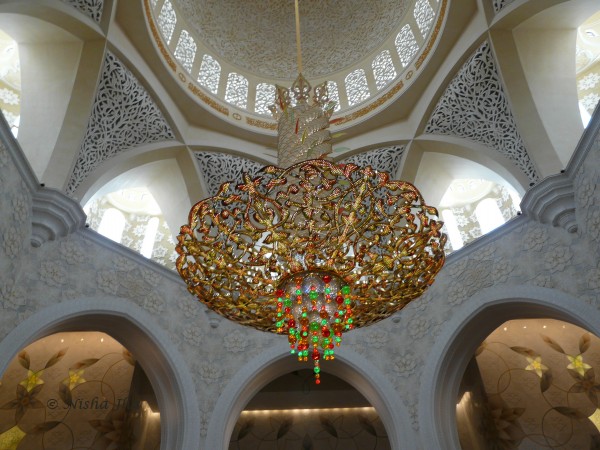 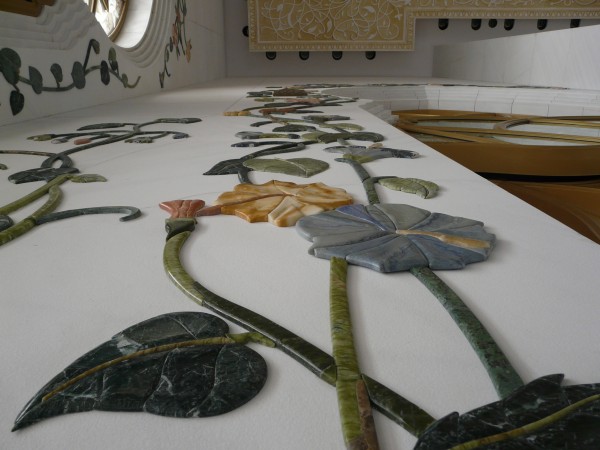 The white courtyard with marble mosaic with its floral designs are soothing to the eye and so are the embossed floral designs on the wall. The mosaic is believed to be over 180000 sq feet and more than 30 different varieties of marble was brought in from different countries. 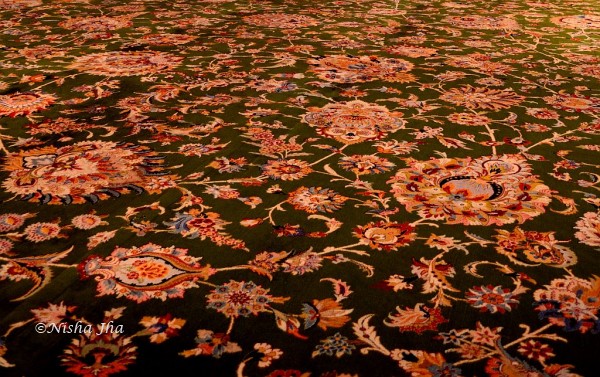 The world’s largest hand knotted single piece of carpet under my feet is made by more than 1200 craftsmen, it is spread over 60570 sq feet of space. 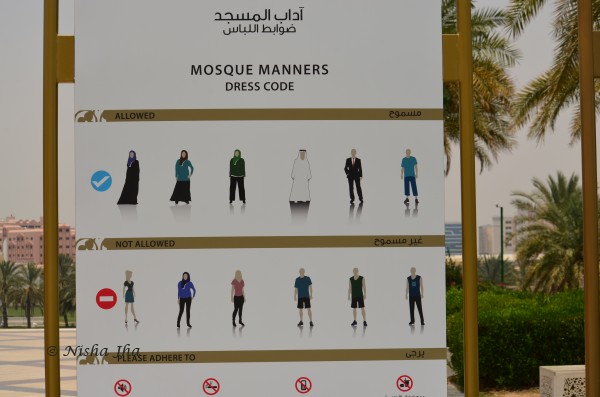 And be careful to respect and adhere to the dress code. They follow it strictly. This one is displayed at the entrance.

Have you been to a grander mosque than this ? 🙂

If you want to travel places with me, I suggest you to join me on my Facebook travel page and Twitter.

Pictures of Finland in Winter

Pictures Finland Winter. If you…

Sharjah is the third largest…

Visit to Biblical Cities, Ports and Places that Still Exist

The Bible, although a religious…